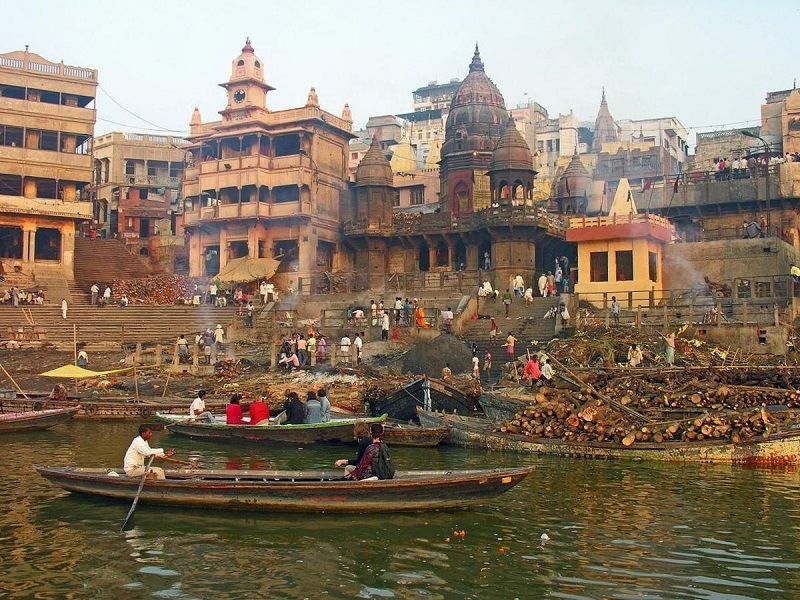 Place Location: To The North Of Dasashwamedh Ghat

Popularly called as Mahasmasana, Manikarnika Ghat is one of two burning Ghats in Varanasi while the other one is Harishchandra Ghat. According to Hindu mythology, Manikarnika Ghat is believed to be the place where the ear ornament worn by Sati fell down when Lord Shiva was carrying her to the Himalayas.

Manikarnika Ghat is among the pivotal places of interest in Varanasi. According to the religious beliefs, burning the dead bodies at this ghat is a way to attain Moksha, the salvation. The ghat also houses a Shiva Durga Temple, which was constructed by Maharaja of Awadh in 1850. Apart from this, a sacred pond named Cakra-Pushkarini is also adorning this holy place. It is believed that this pond was dug by Lord Vishnu and was existed before the origin of holy Ganges. Moreover, the site is popular for Charanapaduka, the footprints of Vishnu that are set in a circular marble slab.