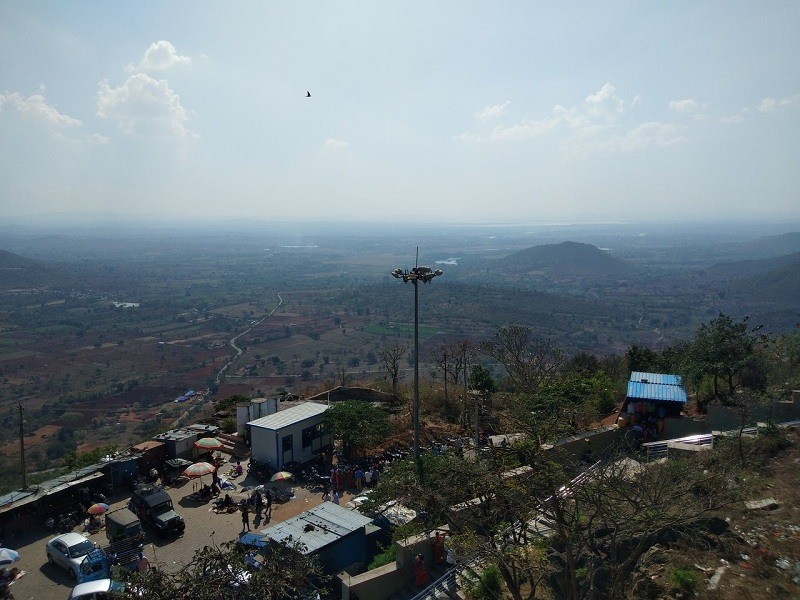 At a distance of 54 km from Mysore, Chikkadevvamma Hill is a sacred place situated at Kundur Village in the Mysore district of Karnataka State. It is one of the popular places of pilgrimage near Mysore and among the prominent trekking places in Karnataka.

There is a temple on the hilltop and is dedicated to Goddess Chikka Devamma, believed to be the sister of goddess Chamundeshwari. This old temple was constructed by Mysore Wodeyars. The hill derived its name from the goddess Chikka Devamma, who came from Kerala and settled in Chikkabetta. Devotees have a strong belief that the Goddess has fulfilled all their genuine demands.

Besides, Chikka Devammana Hill is well known for its mesmerizing surroundings. From the top, one can have a panoramic view of agricultural fields, villages & Nugu Reservoir. The hill is also surrounded by forest so one can find elephants, leopards deers and other animals here.

The journey to the hilltop is also a wonderful experience as there are many hairpin bends. Especially, in the last stretch, from the foothills to the top, one needs to climb around 200 m vertical height, in a length of 4 km. But interestingly, the condition of the hilly road is very good and within 15 minutes, one can climb the hill without much difficulty.