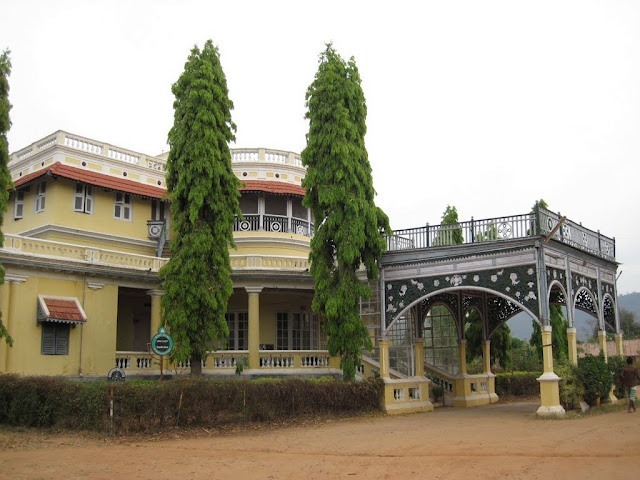 At a distance of 3.5 Kms from Mysore Railway Station & 0.7 Kms from Mysore Zoo, Vasantha Mahal Palace was built in 1842 by the ruler of Wodeyar Dynasty. It stands on 36 acre landscape and is nestled amidst lush green ambiance. Though it was originally built for pleasure, the palace was later turned into a special school for the princes of Mysore.

The specialty of this palace is that the facing portion of the palace is made of soft iron. After entering the palace we can see a large portico which connects the other parts of the building. The first floor resembles the ground floor. The huge, oval shaped hall is used as royal dining and living area. The same pattern of structure is repeated in the first and third floors.

The columns are reminiscent of Tuscan style architecture and the whole palace has a unique sense of modernity and simplicity. It was converted into a grand hotel later on, but the hotel is now closed.