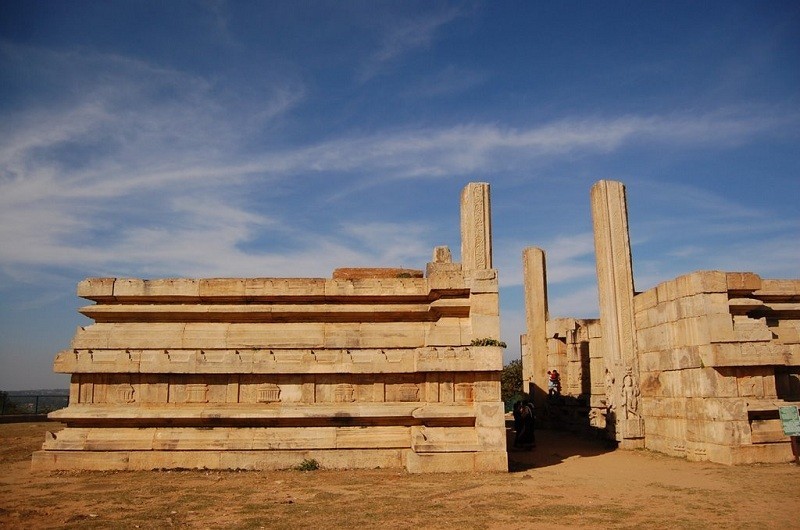 At a distance of 50 km from Mysore and 133 km from Bangalore, Melkote / Melukote is a historical town located in Pandavapura taluk of Mandya district, Karnataka. Also known as Thirunarayanapuram, it is one of the popular pilgrimage places in Karnataka and also one of the best places to visit as part of Mysore Tour.

Melkote can also be included in your Mysore holiday packages. The town is built on rocky hills known as Yadavagiri or Yadugiri overlooking the Cauvery valley. The town derives its name from two words, Melu means top and Kote means fort. According to the history, the great Vaishnava saint Sri Ramanujacharya lived here for about 14 years in 12th century AD and thus it became a prominent center of the Srivaishnava sect of Brahmins.

There are two popular temples reside in this town, one is Cheluvanarayana Swamy Temple and the other one is Yoga Narasimha Swamy Temple. These temples existed even before Sri Ramanujacharya came to this place. The main temple is dedicated to Lord Vishnu known as Thirunarayana or Cheluvaraya installed by Lord Krishna. The utsavamurthy or procession idol of the deity is referred as Cheluvapille Raya whose original name appears to have been Ramapriya. This utsavamurthy was lost when the Moghuls invaded the place and it was recovered by Ramanujacharya from Bibi Nachiyaar the daughter of Mohammed Shah.

The temple has been under the patronage of the Mysore royal family and is endowed with valuable jewellery given to the lord by the Wodeyars. Two beautiful crowns have been gifted to the Lord by the Wodeyars known as Krishnaraja-mudi and Vairamudi or Vajramukuta. The Vairamudi festival held in March - April is the main festival of Sri Cheluvanarayana Swamy Temple and is attended by more than 400,000 people. On this day the main deity Tirunarayana is adorned with a diamond crown and taken out in a procession.

Yoga Narasimha Swamy Temple is another major temple in Melukote and is dedicated to Lord Narasimha. Built on a hillock, the temple overlooks the town of Melukote. The main deity is in seated posture with the Yogapatta. It is believed that the idol of Lord Yoganarasimha was installed in the temple by Prahlada. The temple is considered to be one of the seven holy centers devoted to the worship of Narasimha. There is a Sanskrit Pathashala inside the temple that dates back to 1853. One has to climb nearly 400 steps to reach the temple from the foothills.

There are three ponds in the town, two on the foothills and another on top of the hill. Of these, Kalyani Pond near Sri Cheluvanarayana Swamy Temple is the largest and is surrounded by beautiful stone carved pillared mantaps. Rayagopura, about 300 meters from Cheluvanarayana temple is an interesting place and also a favorite shooting spot. Also known as Gopalaraya entrance, Rayagopura is an incomplete structure leading to the Melukote hill. It has four tall pillars and looks similar to Mamallapuram Raja Gopuram. This temple entrance was built by Hoysala king Vishnuvardhana and is said to have been built overnight.