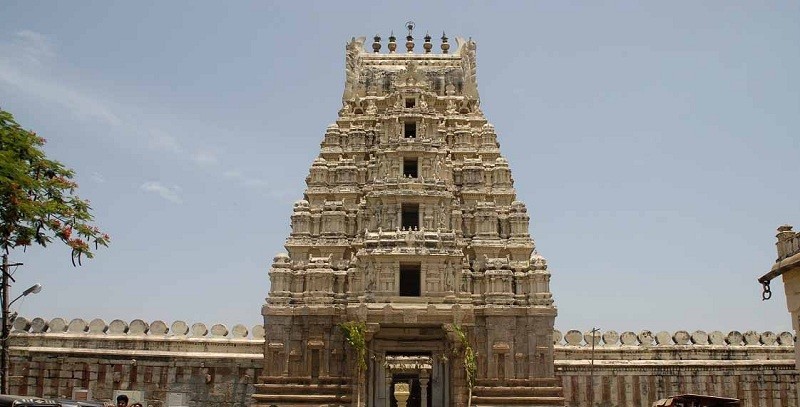 At a distance of 16 Kms from Mysore, Sri Ranganathaswamy Temple situated in Srirangapatna is a famous temple dedicated to Lord Vishnu as Ranganatha. Located inside the Srirangapatna fort on the banks of Kaveri River, it is one of the largest temples in Karnataka. This is the prime attraction in Srirangapatna & one of the top tourist places to visit near Mysore.

The temple is said to have been built by the Chieftain Thirumalaiah in 894 AD. The intricate carvings and sculptures in the temple marvel the visitors. The lord is found resting in adhi sesha here. It consists of a Mahadwara with a huge tower and a pillared hall built in multiple stages with antechamber & Garbhagriha. There are many other shrines inside the enclosure. The pillars in front of the inner entrance bear carvings of 24 forms of Vishnu.

The temple is well known for its Lakhadeepotsava during Sankranthi.