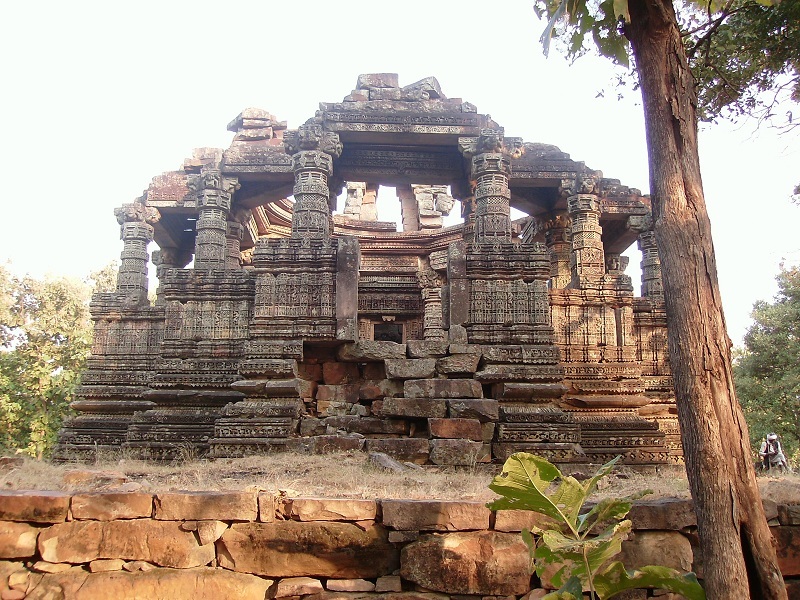 At a distance of 33 km from Panna and 65 km from Khajuraho, Ajaygarh Fort is an ancient fort situated at Ajaygarh in Panna district of Madhya Pradesh. Ajaygarh Fort is listed among the top attractions of the region.

Built at a height of 688 meters, Ajaigarh or Ajaygarh Fort stands on a flat-topped projection of Vindhya ranges. It was the capital of the Chandelas in their declining years. The fort is bordered by beautiful Vindhya Hills and provides absolutely stunning views of the Ken River. This grand fort is noted for its rich historical past and architectural beauty, which speaks volumes about the Chandela dynasty.

There is plenty to explore in the fort, which makes it a treat for history lovers. Ajaigarh Fort originally had five gates, but now only two gates are survived. There are two temples and two rock-cut tanks present inside the fort. These tanks have been named as Ganga and Yamuna. Close to it is a ruined Chandela temple, dedicated to Raja Parmardi deva. Three ruined Jain temples built in Khajuraho style have been traced here. The fort walls have been constructed with large, dressed, stones and no visible mortar.

One has to climb 500 steep steps to reach the fort entrance. There are no signboards, maps, info sources, human habitation at the top. It is not a well-developed place so one needs to carry water and food.