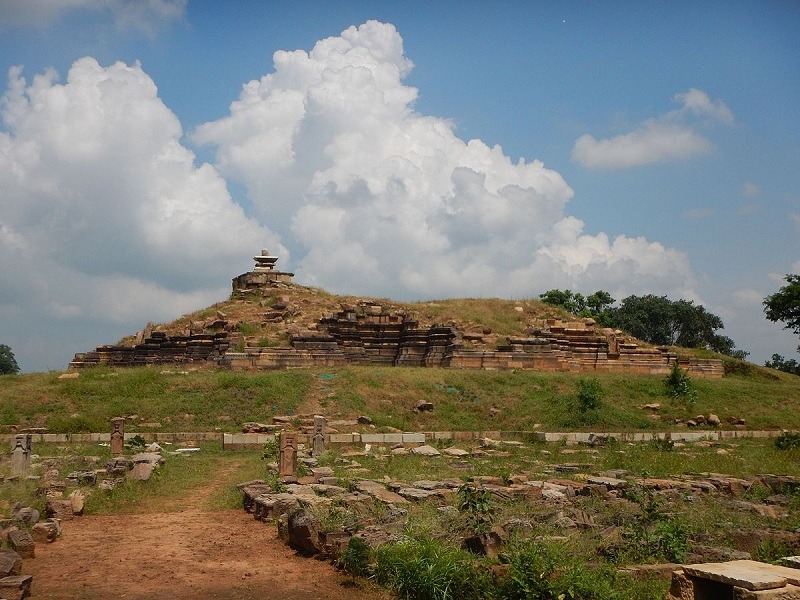 #8 of 23 Places to Visit in Khajuraho

At a distance of 2 km from Jain Group of Temples and 3 km from Khajuraho Bus Stand, Beejamandal Temple is a ruined temple in the Southern Group of Khajuraho Temples. It is situated in the old Jatkhara Village, near Chaturbhuj Temple.

Beejamandal Temple has not yet been fully excavated and explored. Archaeologists believe that this temple might be the largest of the shrines in the Khajuraho Temple complex, once excavated. Although the total length of the temple is still under ambiguity, it is believed to be more than 30 meters, which is the actual length of Kandaria Mahadev Temple, the Khajuraho's largest temple. It was opened to visitors in 1999.

Marked on the top by a white stone, it is believed that the temple was under the stack of earth. It was one of the 18 unexplored mounds in the vicinity of Khajuraho. The villagers regularly lit the holy oil-lamp each night on this mound since time immemorial. The ruins present at this the place depicts that the temple was dedicated to Lord Shiva and goddess Parvati. Cunningham and Phanikanta Mishra regard this as the Vaidyanath Temple mentioned in the Grahapati Kokkala inscription.