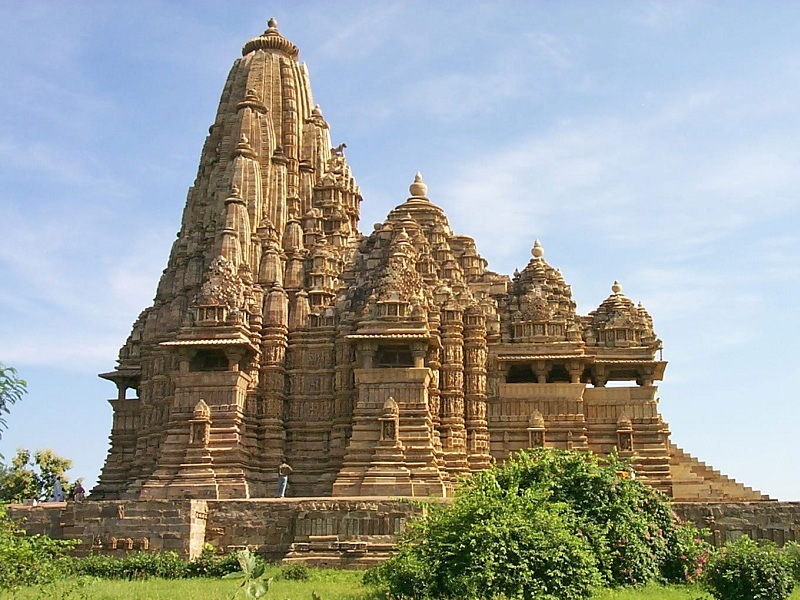 #2 of 23 Places to Visit in Khajuraho

At a distance of 1 km from Khajuraho Bus Stand, the Kandariya Mahadev Temple is the most ornate Hindu temple in the medieval temple group found at Khajuraho in Madhya Pradesh, India. It is the largest and most beautiful temple in the Western Group of temples at Khajuraho.

Dedicated to Lord Shiva, the Kandariya Mahadev Temples was built by Vidyadhara, a powerful Chandela king. Its construction is dated to the period from 1025 and 1050 AD. Vidyadhara, also known as Bida, was a powerful ruler who fought Mahmud of Ghazni in 1019 AD. This battle was not conclusive and Mahmud had to return to Ghazni. Mahmud again waged war against Vidyadhara in 1022. He attacked the fort of Kalinjar but the siege of the fort was unsuccessful. Vidyadhara celebrated his success over Mahmud by building the Kandariya Mahadev Temple. The Archaeological Survey of India protects and maintains the temple, which is part of the UNESCO World Heritage site at Khajuraho.

Spread over an area of 6,500 square feet, the architecture of the Kandariya Mahadev Temple is quite unique. It rises 117 feet above ground level and faces the East. The temple has been built upon a raised platform, approached by a steep flight of steps. The architecture of the temple is based on typical five component design which terminates in a tower which has 84 small replicas or spires. This is believed to depict Mount Kailash, the heavenly abode of Lord Shiva.

Inside the temple, a series of chambers are connected to each other in a well-organized manner. There is a rectangular hall at the entrance called as ardhamandapa which leads to a central pillared hall called Mandapa. Again it leads to the Garbhagriha above which is the main spire. Inside the sanctuary lies the Shivalinga which is made of marble. Possessing a typical sandstone structure, the main shrine of the temple is decorated with around 800 images, which are mostly 3 feet high.

There is also a 50 minute Sound and Light Show organized in the temple premises every evening. Amitabh Bachchan narrates the story of Khajuraho in his mesmerizing voice.