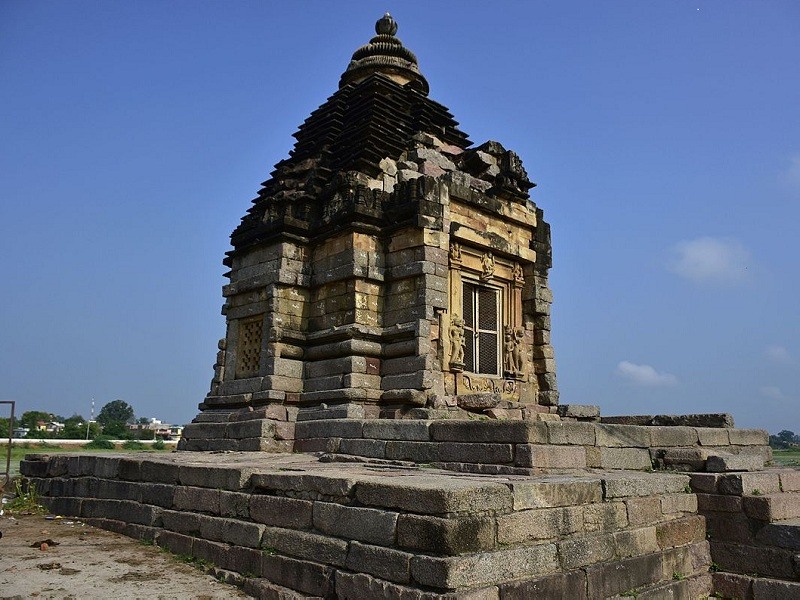 At a distance of 1.5 km from Khajuraho Bus Stand and 1 km from Jain Group of Temples, Brahma Temple is an ancient temple in the historical town of Khajuraho. Situated on the banks of Khajur Lake or Ninora Tal, it is an intrinsic part of the Eastern Group of Khajuraho Temples.

Brahma Temple is dedicated to four headed Lord Brahma. Built in 900 AD, it is renowned for being one of the oldest structures in the Eastern Group of Temples. The temple is believed to be named after Lord Brahma owing to the presence of a four-faced idol in the sanctum that represents the Creator of the World. However, historians believed that it was actually dedicated to Lord Vishnu. The reason for this belief is the presence of Vishnu's image on the lintel of the door of the sanctum.

This ancient temple is made up of granite and sandstone which depict the age old architecture of Khajuraho Temples. This temple is comparatively simple in plan and design which includes a simple sanctum with no mandap, a pyramid shaped shikhara and a slightly decorated entrance porch. Situated on a raised platform, this small temple is known for its display of beautifully carved latticed windows, which are projected on the north and south walls of the temple. Except for some sculptures of Ganga and Yamuna on the doorway, Brahma temple is pretty much a plain temple.