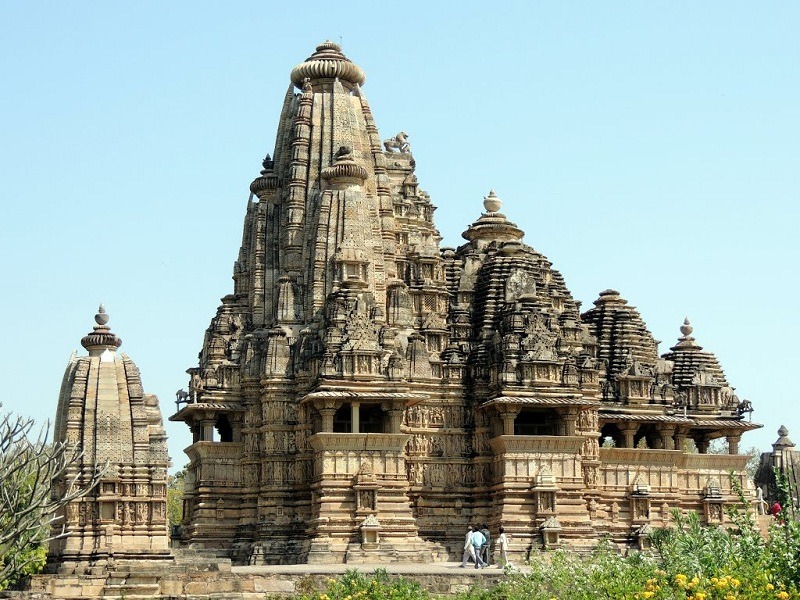 #4 of 23 Places to Visit in Khajuraho

At a distance of 500 m from Kandariya Mahadev Temple and 1 km from Khajuraho Bus Stand, Vishwanatha Temple is a Hindu temple located among the Western Group of Khajuraho Monuments, a UNESCO World Heritage site in Madhya Pradesh. It is one of the most beautiful temples in Khajuraho and also among the best places to experience Khajuraho Tourism.

The temple is dedicated to Shiva, who is also known as Vishwanatha, meaning 'Lord of the Universe'. The temple is believed to have been commissioned by the Chandela king Dhanga, and was probably completed in 999 CE or 1002 CE. Its architectural style is similar to that of Lakshmana and Kandariya Mahadev Temples. It features several sculptures of various deities, apsaras, couples making love, and mythical creatures.

Vishwanath Temple is one of the architectural marvels of the Khajuraho Temple complex. Stands on a raised platform, the temple comprises an entrance porch, sanctum, mandapa, maha-mandapa and vestibule. The sanctum is enclosed by an ambulatory flanked with transepts. The mandapa and the porch have pyramidal roofs while the sanctuary is covered by a tower with projections and miniature tower-like elements. Adding beauty to the shrine, images of lions and elephants can be seen on the southern as well as northern steps of the temple.

The sanctum of the temple houses the beautiful marble Shivalinga. Apart from the main deity, the temple is adorned with the idol of Lord Brahma and a 6 feet high Nandi bull, which is seated on top of a wide platform. The temple also has a long inscription stating that Dhangadeva who installed an emerald linga at the temple. The temple was then known as the Marakateshvara, the Lord of the Emerald Linga. This precious linga was missing in 1864, when Cunningham visited the temple. The architect, according to the inscription, was Sutradhara Chhichchha, who was well versed in the architectural tradition of Vishwakarma.