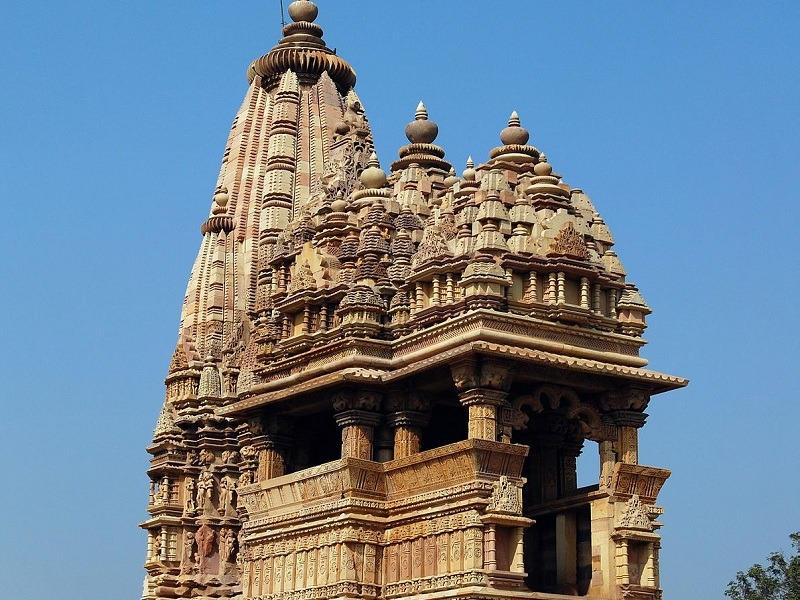 At a distance of 200 m from Brahma Temple and 1.5 km from Khajuraho Bus Stand, Javari Temple is considered to be one of the most beautiful temples in Khajuraho. Falling under the Eastern Group of Khajuraho Temples, this temple is maintained by the Archaeological Survey of India.

Dedicated to Lord Vishnu, the Javari Temple is quite popular amongst tourists coming to visit Khajuraho. Constructed between 1075 and 1100 CE, the temple displays the ancient Khajuraho architecture. It is believed that the name of the temple is derived from the name of the owner of the land, as no Hindu deity has this title.

Architecturally, it is a small yet beautiful nirandhara temple that comprises a sanctum, mandapa, portico and vestibule. The temple consists of a long porch entered through a nice stone toran. The makara - toran has four decorated loops crowned by a kirtimukha. The mandapa is small as is the Garbhagriha. The interior of the Javari Temple is covered with exquisite sculptures. This structure is similar in style to the Chaturbhuj Temple.

The sanctum of Javari Temple contains a four armed idol of Lord Vishnu, though it is now broken and headless. The entrance gate of sanctum has sculptures depicting navagraha on the top. Along with navagrahas, sculptures of Brahma, Vishnu and Shiva are also seen. The temple has two bands of sculpture on the outer wall. The various sculptures on the walls of the temples depict men and women in various postures.