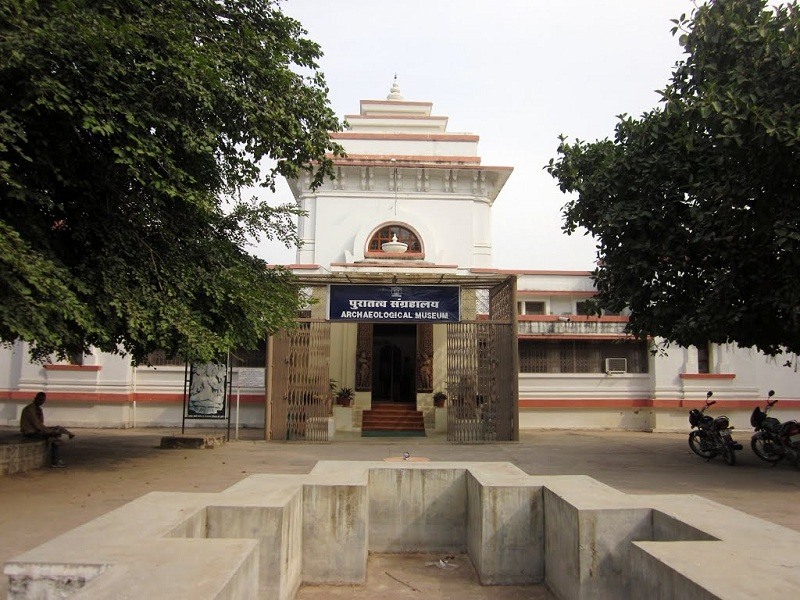 At a distance of 800 m from Western Group of Temples and 2 km from Khajuraho Bus Stand, the Archaeological Museum is a popular museum situated in Khajuraho. It is one of the top places to visit in Khajuraho and also one of the best archeological museums in Madhya Pradesh.

Archeological Museum in Khajuraho was set up in 1910 by W.A. Jardine, an officer of the British Empire to preserve the loose sculptures found around the temples in Khajuraho. Initially, the remnants of the temples were assembled and preserved in an enclosure near the Matangeshwar Temple in the Western Group of Temples. This open-air museum was known as Jardine Museum but in the year 1952, the Archaeological Survey of India took over and renamed it as the Archaeological Museum.

The present museum was established in 1967 and comprises five galleries. The sculptures that are at display here belong to the Brahmanical, Buddhist and Jaina sects. The museum has about 2000 sculptures on display and the most prominent one is that of the seated Buddha. Another prominent piece of collection is a four-headed Vishnu, which is also known as Vaikuntha. The idol depicts that the central head is human, while the other three are of Hayagriva, Narasimha and Varaha.