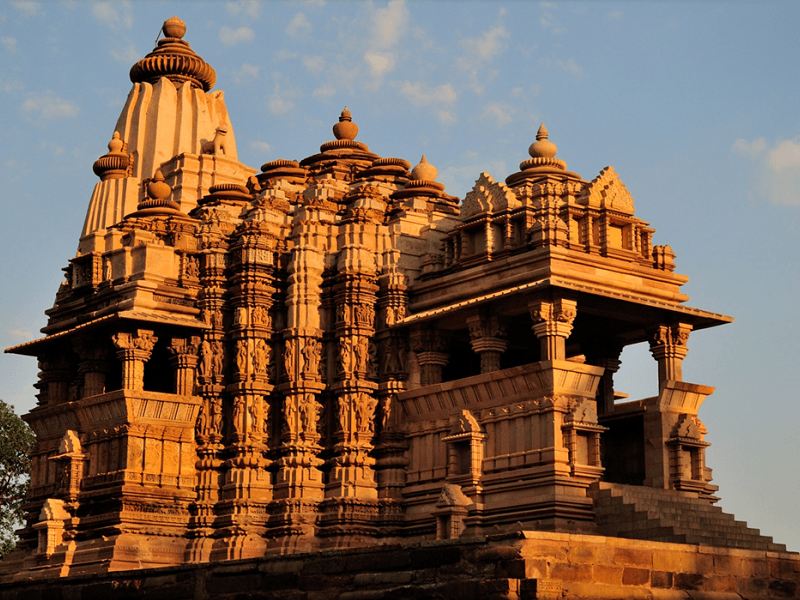 #5 of 23 Places to Visit in Khajuraho

Place Location: To The North Of Kandariya Mahadev Temple

At a distance of 1 km from Khajuraho Bus Stand, Chitragupta Temple is an ancient shrine located to the north of Devi Jagadambi Temple in Khajuraho, Madhya Pradesh. It is one of the ornate temples in the Western Group and also one of the must visit attractions in Khajuraho.

Built by Chandela rulers in1023 AD, Chitragupta Temple is dedicated to Sun God. The temple faces the East and is the only Sun Temple at Khajuraho. The temple houses a beautiful 5 feet high standing idol of Lord Surya driving a chariot, which is pulled by seven horses. Three similar figures are also carved on the door lintel.

The south wall of the temple displays an eleven-headed Vishnu carving, which possesses ten different avatars of Lord Vishnu. Apart from this, intricate carvings of processions, dancing girls, elephant fights and hunting scenes are also adorned the temple walls. Besides these, ascetic figures counting more than seventy are beautifully carved on the balcony panels of the temple.