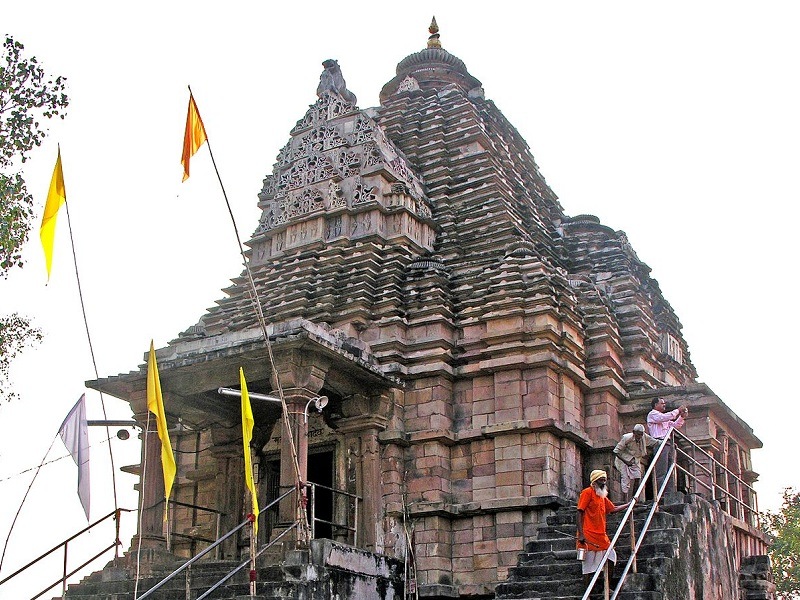 #6 of 23 Places to Visit in Khajuraho

Travel Tips: This auspicious shrine is not located within the fenced enclosure of Western Group because it is still in everyday use.

At a distance of 1 km from Khajuraho Bus Stand, Matangeshwar Temple is a Hindu temple stands next to the famous Lakshmana Temple in Khajuraho, Madhya Pradesh, India. It is located among the Western Group of temples. Among the Chandela-era monuments of Khajuraho, this is the only Hindu temple that is still actively used for worship.

The temple of Matangeshwar was built by the Chandela dynasty ruler Chandra Dev in the early 10th century AD. The king was an ardent devotee of Lord Shiva. Lord Shiva is considered as the venerated sage Matang and hence the name Matangeswarar. It is one of the oldest temples of Madhya Pradesh.

This temple houses some of the largest Shiva lingams of India. The lingam is eight feet in height and is made up of sparkling yellow limestone. There is a little Ganesh structure at upper right, and an extensive picture of a Goddess with two smaller attendant deities were set up on the way towards the temple. This is one of the holiest temples of central India which is revered by a number of devotees.

The Matangeshwar Temple is a larger-scale version of the Brahma Temple in terms of plan and design. It has a square plan. Also known as Mrityunjaya Mahadeo Temple, the exterior and interior of this temple is not decorated with sculptures like other Khajuraho Temples but the ceiling is overlapped with sculptures. There is an open air archaeological museum to the south of the temple that has a vast collection of statues and friezes.

Lord Shiva is worshiped by following a daily ritual of bathing the Linga with milk, bilwa leaves and flowers. Maha Shivaratri is observed in this temple with great fervor. The lingam is bathed, dressed and decorated like a human bridegroom during the marriage ceremony on the auspicious occasion of Mahashivratri. People from distant lands gather in this temple to offer prayers and seek blessings of the almighty.