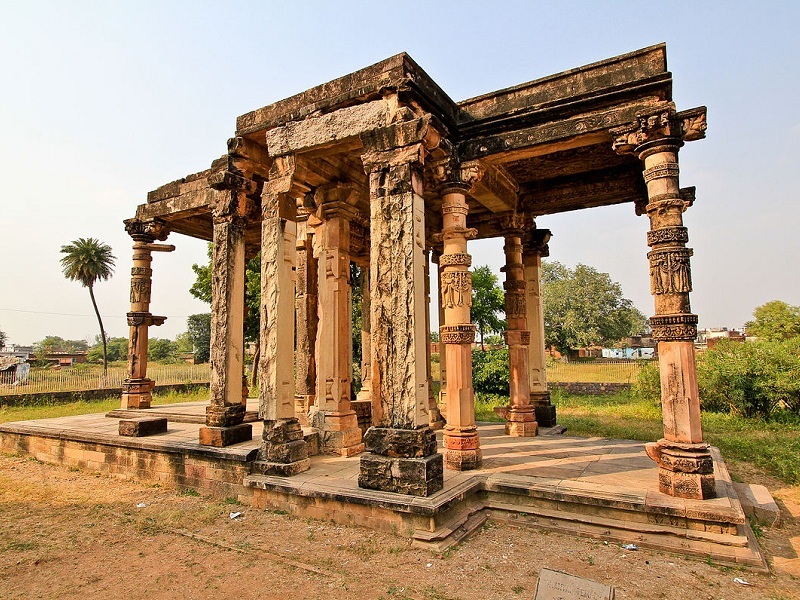 The Ghantai Temple was dedicated to the Jain tirthankara Rishabhanatha, also known as Adinatha. The construction of the temple can be dated to approximately 995 CE during the reign of the Chandela king Dhanga. The name of the temple is derived from the beautifully carved figures of chains and bells on its tall and huge pillars. Apart from this, the temple is also famous for its ornamentation, stately form and classical architecture. The temple has been classified as a Monument of National Importance by the Archaeological Survey of India.

The architecture of the Ghantai Temple is similar to the Parshvanatha Temple, although the Ghantai temple is nearly twice larger in size. What remains now are the remains of the grand entrance and the maha mandapa. Both of these are supported by four pillars each followed later by an ornate ceiling. The entrance has beautiful designs of oblong patterns. The door wall has a carving of an eight armed figure of Yakshi Chakreswari sitting on a Garuda. The molding on the doorway features carvings of six auspicious symbols said to have been dreamt by Mahavira's pregnant mother.