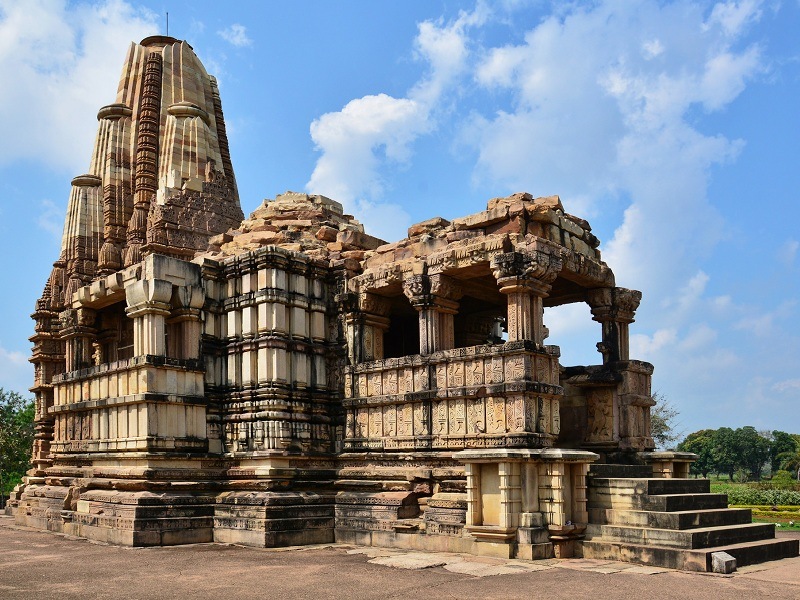 #7 of 23 Places to Visit in Khajuraho

Also known as Kunwar Math, Dulhadev Temple is dedicated to Lord Shiva. As per the evidences Duladeo Temple was built by King Madanvarman of the Chandela dynasty in 1130 AD. Duladeo Temple is not as ornate as the Khajuraho temples that were built earlier.

It is a nirandhara temple and faces east. The temple consists of a sanctum without ambulatory, vestibule, maha mandapa and an entrance porch. The main hall or maha mandapa of the temple is huge and is in the shape of an octagon. The ceilings of the temple are decorated with stone carvings of the Apsaras and other ornamented sculptures. Possessing three bands of sculptures, the exteriors of the temple are also beautifully decorated with numerous stone carved images. Visitors can also see beautiful carvings of Lord Shiva and his consort, Goddess Parvati, all over the temple.