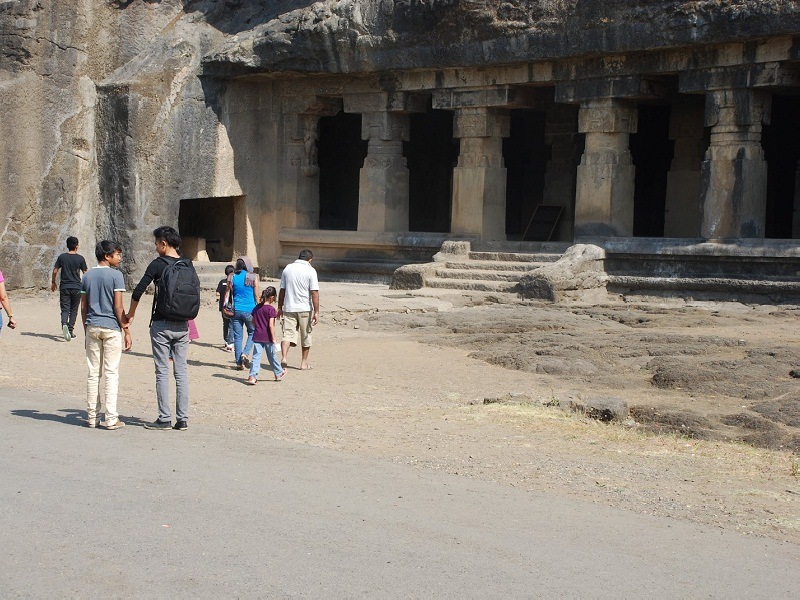 At a distance of 400 m from Kailasa Temple and 500 m from Ellora Caves Bus Stop, Cave 17 to 20 are situated to the north of Kailasa Cave Temple across a deep ravine in Ellora. These caves are part of 17 Hindu Caves at Ellora.

Cave 17 is the next large cave to the north of Kailasa Temple and is dedicated to Lord Shiva. The cave is noteworthy for its decorated doorway and pillars. It has three rows of four pillars from side to side; the front and the back aisles. It is entered through a projecting porch. This leads to columned hall and a linga sanctuary with a surrounding passageway.

The shrine door is boldly molded in Dravidian style. The dwarapalas have only two hands, and hold flowers, but each is attended by dwarfs and gandharvas. Inside is a large pedestal and decayed linga. The pradakshinapath is entered by a door on each side of the shrine. The panels carved on the side walls are Ganesha, Durga and Vishnu.

Cave 18 is an extremely plain cave, it has sufficient features to identify it is an 8th century Rashtrakuta conception.

Cave 19 has a massive square pitha (typical of the Kalachuri period) holds the large lingam and is composed of a square base with a rounded top.

Cave 20 is a small linga shrine, originally with two pillars in front, now gone. The cave measures 53 feet by 30 feet overall. The shrine door is carved round with creeper and roll patterns. The entrance is flanked by tall dwarapalas on each side.