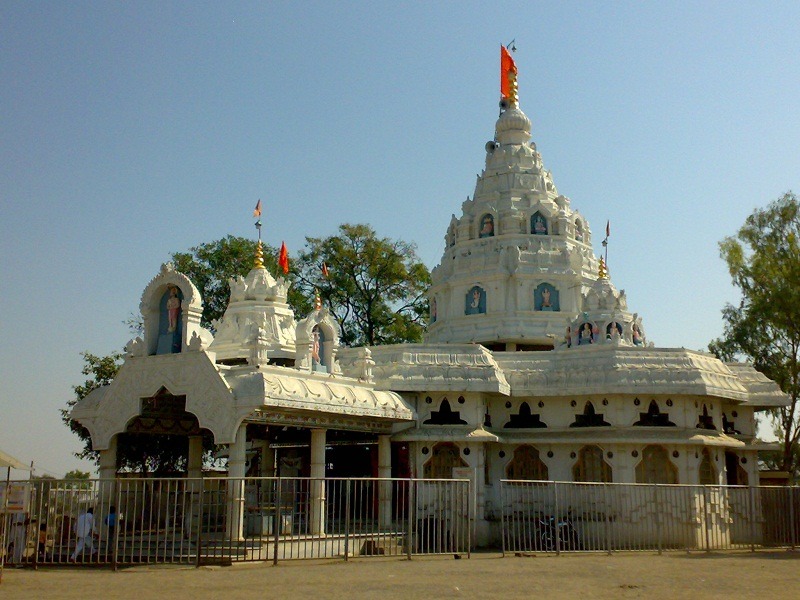 At a distance of 3.5 km from Ellora Caves and 26 km from Aurangabad Railway Station, Sri Bhadra Maruti Temple is a Hindu temple located near Aurangzeb Tomb in Khuldabad.

Bhadra Maruti Temple is dedicated to Lord Hanuman. The idol of the presiding deity Hanuman is portrayed in a reclining or sleeping posture. It is among the three temples where Lord Hanuman can be seen in a resting position. The other two temples are the temple in Allahabad, Uttar Pradesh and the temple in Jam Sawali, Madhya Pradesh.

According to the legend, in ancient times the Khuldabad was known as Bhadravati and the ruler was a noble king named Bhadrasena, who was an ardent devotee of Rama and used to sing songs in his praise. One day Hanuman descended in the place, listening to the devotional songs sung in praise of Rama. He was mesmerized and without his knowledge took a reclining posture - called 'Bhava-Samadhi' (a yogic posture). King Bhadrasena, when he had finished his song, was astonished to find Hanuman in Samadhi before him. He requested Hanuman to reside there forever and bless his devotees.

The temple was built in traditional style. The interior of the temple is made of marble and the ceiling is designed beautifully with floral motifs and hymns are written all over the interiors of the temple. The figurine of Lord Hanuman is covered with an orange cloth and decorated with garlands.

The temple is best visited during the festival of Ram Navami and Hanuman Jayanti when the temple is decorated beautifully and special prayers and aartis are conducted. The temple is usually very crowded on Saturdays, as this is the day dedicated to Lord Hanuman. Long queues of devotees can be seen till outside the temple.