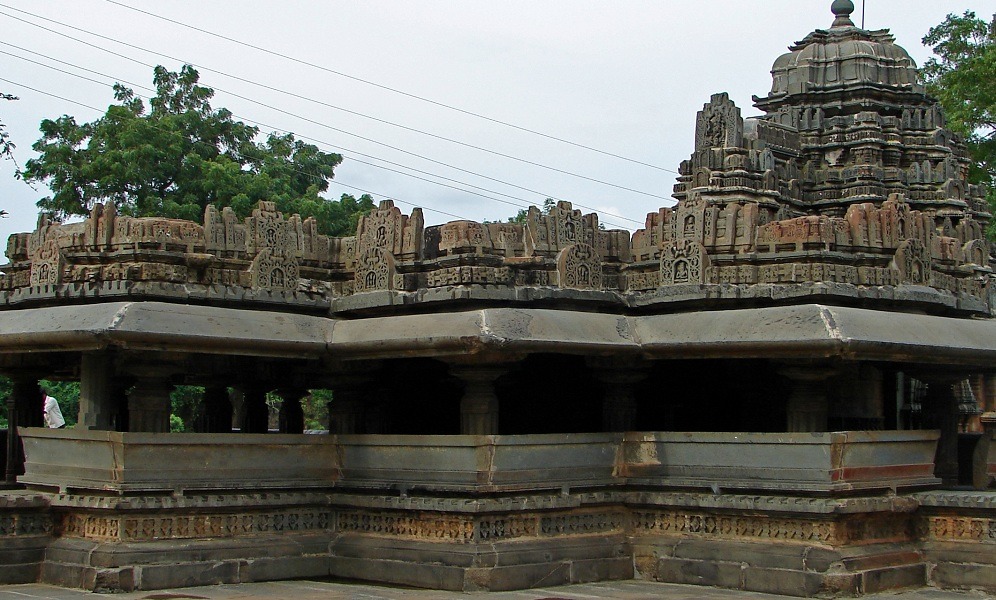 Place Location: In The Town Of Haveri

At a distance of 26 km from Bankapura, 34 km from Hangal, 72 km from Sirsi, and 78 km from Hubli, the Siddheswara Temple, locally called Purada Siddeshwara, is an ancient Hindu temple located in the town of Haveri in Haveri district of Karnataka. It is one of the popular temples in Karnataka built by the Western Chalukyas, and among the top places to visit near Sirsi.

The SiddheshwarIt is considered an ornate example of 12th century Western Chalukyan architecture and is well known for the many loose sculptures of Hindu deities that exist in it. However, the inscriptional evidence within the temple suggests that the temple was built in the late 11th century. Initially, the temple was constructed as a Vaishnava temple, but later in the years, the Jains removed the images, and thus the Shiva temple was created since it came under the possession of Shiva devotees.

The Siddheshvara temple is built of soapstone and faces west, instead of facing the rising sun in the east like all Chaluyan temples. The temple bears a close resemblance to a few other Chalukyan temples in the vicinity of Haveri- the Mukteshvara temple at Chavudayyadanapura, the Someshvara temple at Haralahalli, and the Siddharameshvara temple at Niralgi. The entire basement of this temple has sunk by a few feet, making it necessary to descend into the open mandapa (hall). The Siddhesvara temple boasts of 1300 stone carvings.

The mantapa (hall) in the temple contains sculptures of Uma Maheshwara, Vishnu and goddess Lakshmi, the Sun God Surya, Naga-Nagini, Ganapati, and Kartikeya. Within the temple premises are several old Kannada inscriptions recording grants, the earliest of which is inscribed on a beam inside the temple and is dated to 1087 CE while another stone inscription dated to 1108 CE stands outside.