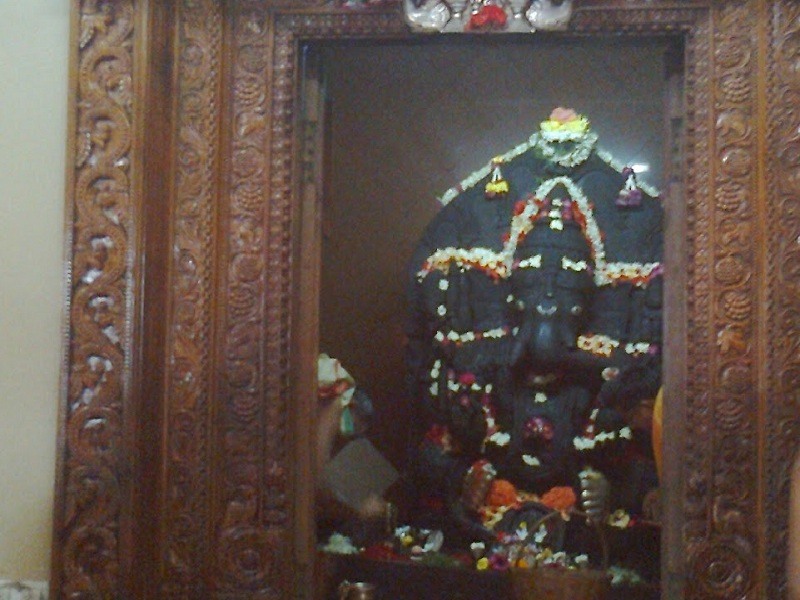 At a distance of 1 km from Marikamba Temple, and 3 km from Sirsi Bus Stand, the Mahaganapati Temple is a Hindu temple located at Rayarapete locality of Sirsi town in Karnataka, India. It is one of the prominent temples in Uttara Kannada, and among the best places to visit in Sirsi.

Sri Mahaganapathi Temple, also known as Dodda Ganapathi Temple is dedicated to Lord Ganesha. It is among the must include places in Sirsi Tour Packages. The temple houses the big Lord Ganesha Idol and is a famous attraction for devotees. The idol is about 183 cm in height, and 159 cm in width. According to history, this Ganesha Idol was made in 'Hoysala style' & it is approximately 400 years old. The original temple was built during the reign of the 'Sonda Empire', and was renovated later to its present form.

For those who believe in astrology but do not have a horoscope in place, there is a ritual performed at the Maha Ganapathi temple by the priests there. The seeker has to frame the question that will have a binary outcome (Yes or No) The priest does the needful and the seeker is told about the verdict from Lord Ganesha. A lot of decisions about property dealings, marriage, and higher studies are taken by some people through this ritual.