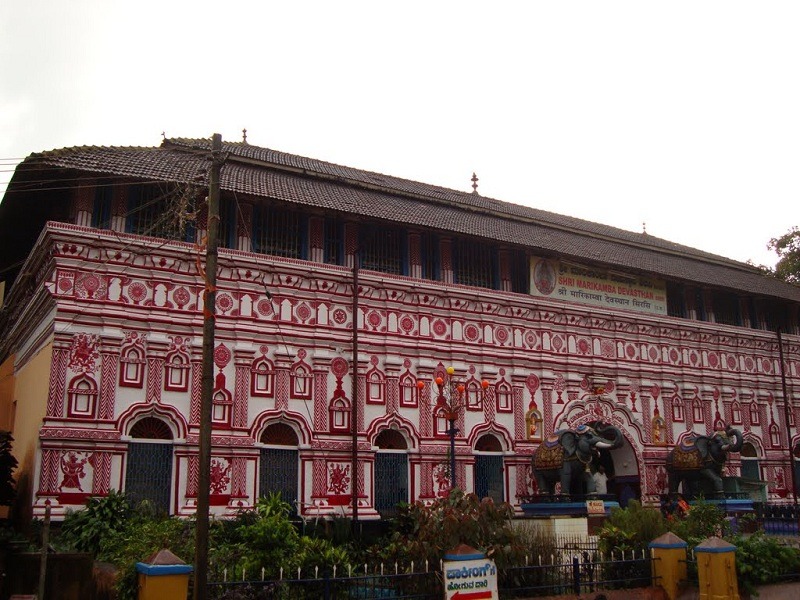 At a distance of 2.5 km from Sirsi Bus Stand, the Marikamba Temple is a Hindu temple located in Sirsi town of Karnataka, India. It is one of the prominent temples in Karnataka, and among the must include places in Sirsi Tour Packages.

Also known as Doddamma Temple, Marikamba Temple is dedicated to the goddess Durga, who is also called Renuka and Yellamma. It is one of the popular places to visit in Sirsi. The temple was built in the year 1688, and it is one of the important seats of shakti worship in Karnataka. The temple is highly regarded by devotees not just all over Karnataka but also in the neighboring states of Tamil Nadu and Andhra Pradesh. People of Uttara Kannada and Dakshina Kannada districts consider Goddess Marikamba as their family deity as they believe that Devi will destroy all evil forces and protect them from natural disasters.

The sanctum sanctorum of the temple has the central image of goddess Durga in the fierce form with eight arms mounted on a tiger. Legend has it that this 7-foot-tall image was discovered in a pond near Hangal. In 1611, Sadashiva Rao II, the King of Sonda, gave orders to install the wooden deity at this place. The architecture of this temple is splendid making it a must-visit place. Marikamba Temple is decorated with Kavi art on both sides of its walls. Close to the Marikamba temple are the temples dedicated to Maha Ganapati and Shri Gopalakrishna.

Marikamba Temple is known for the Marikamba Jathre that is held once in two years and is considered one of the biggest 'Car festivals' in Karnataka. During the festival, Goddess Marikamba is carried from the temple to a place called 'Marikamba gadduge' on a beautiful wooden 'Ratha' and the goddess will be kept seated there for seven days. People from all over Karnataka, Tamil Nadu, and Andhra Pradesh visit Sirsi to see this festival.