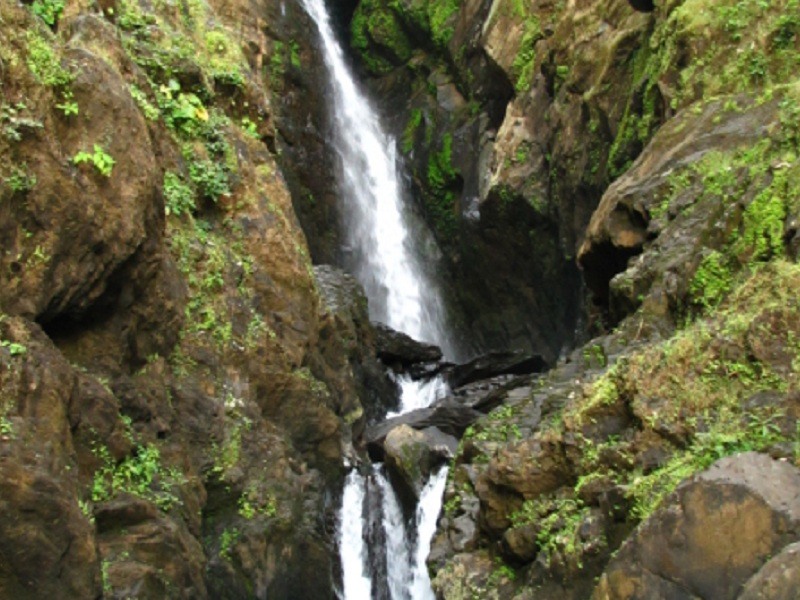 At a distance of 18 km from Benne Hole Falls, and 30 km from Sirsi, Wate Halls Waterfall is a picturesque waterfall situated near Nilkund village in the Uttara Kannada district of Karnataka. It is one of the lesser-known waterfalls in Karnataka, and among the must include places in Sirsi Tour Packages.

Waate Halla Fall is formed by a stream called Wate Hole, a tributary of the Aghanashini River. It cascades down from a height of around 100 feet. The stream Wate Hole falling from a height of around 100 feet in 3 stages to form an eye-catching waterfall in the Western Ghats of Karnataka. The locals named this fall Wate Hole / Wate Halla falls as Wate in Kannada stands for a variety of bamboo which can be seen in the surrounding forest area and Hole/Halla means a stream of water.

The waterfall is invisible from the top of the valley as it is fully covered with trees but one can hear the roaring sound during monsoon season. One has to descend the valley nearly 300 feet to reach the base of the waterfall. The path is very steep and challenging. And, it is impossible to reach the base of this falls in the rainy season as the path is so slippery along with dangerous rocks all around the falls.

This waterfall is approachable from Nilkunda village on Sirsi-Kumta road. At Nilkunda, take a right deviation into Nilkunda-Devimane road. After a kilometer from here, a stream cuts the road, and after the stream the road forks. The right-hand fork is easy to miss, but this is the road that will lead to Wate Halla falls. The stream can be crossed most of the seasons except during the rainy season. After a kilometer walk from here, one can see a path descending into the valley which will take to the Wate Halla falls.