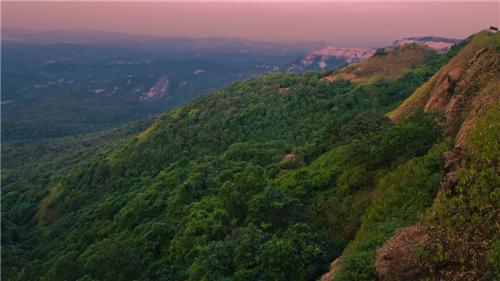 At a distance of 94 km from Davanagere, 97 km from Chikmagalur, 148 km from Hassan, 208 km from Mangalore, 298 km from Bangalore, and 356 km from Panjim, Shimoga, also known as Shivamogga is a city & district headquarters in Karnataka. It is one of the popular Karnataka tourist places, and among the best places to visit near Bangalore.

Shimoga district is part of the Malnad region and it is also known as the Gateway to Malnad. The district is bounded by the districts of Haveri, Davanagere, Chikmagalur, Udupi, and Uttara Kannada. Shimoga city is famous for its landscapes, waterfalls, and historical places, which are the main attractions of ShimogaTour Packages. Shivamogga is often referred to as the rice bowl of the Karnataka State. The main rivers of Shimoga are Sharavathi, Varada, Tungabhadra, and Kumudavathi, which play a main role in the production of paddy in this region.

According to history, the Shimoga region came under the control of the Kadambas of Banavasi around 345 AD. Later Kadambas became feudatories of Badami Chalukyas around 540 AD. In the 8th century, Rashtrakutas ruled this region. The Kalyani Chalukyas overthrew the Rashtrakutas, and the district came under their control. In the 12th century, the Hoysalas annexed this area and after the fall of the Hoysalas, the entire region came under the Vijayanagar Empire. When the Vijayanagar Empire was defeated in 1565 CE in the battle of Tallikota, the Keladi Nayakas who were originally feudatory of the Vijayanagar Empire took control, declared sovereignty, and ruled as an independent kingdom for about two centuries. In 1763 Haider Ali captured the capital of Keladi Nayakas and as a result, the district came into the rule of the Kingdom of Mysore and remained a part of it till India acquired independence from the British.

October to March is the best time to visit Shimoga when the weather is pleasant and suitable for sightseeing.

How to Reach Shimoga

How to Reach Shimoga - Full Details

Top 10 Places to Visit in Shimoga

At a distance of 16 km from Shimoga, the Sakrebyle Elephant Camp is a forest camp for captive elephants in Karnataka. Situated on Shimoga - Thirthahalli Road, it is one of the top places to visit as part of Shimoga tour packages.

Set amidst the calm and peaceful lush greens, the Sakrebyle Elephant camp is regarded as one of the best camps for training elephants in the Karnataka state. Many tourists and wildlife enthusiasts come to visit to explore the lifestyles of elephants residing in the camp and enjoy their time. Located on the banks of the Tunga River, the camp houses 25 elephants including both trained and untrained. These wild elephants are brought to the camp and tamed as well as being provided with nutrition and healthcare. The camp is maintained by the Karnataka Forest Department.

The Sakrebyle Elephant Camp is one of those ecotourism centers in Karnataka that offers general people an opportunity to look at .....

At a distance of 13 km from Shimoga, the Tyavarekoppa Lion & Tiger Safari is a safari park situated in Shimoga, Karnataka. Located on Shimoga - Sagara Road, it is one of the must-visit Shimoga tourist places, especially for wildlife enthusiasts.

Starting in 1998, the Tyavarekoppa Lion and Tiger Safari is the second safari park in Karnataka after Bannerghatta National Park. Spread across 200 hectares of land, Tyavarekoppa Safari park is the place to rehabilitate the lions and tigers that are rescued from circuses across India. It is an open zoo where wild animals can be seen roaming inside the reserve.

Despite the name, the lion and tiger are neither the only animals here, nor are they the only big cats here. Visitors can catch glimpses of leopards, sloth bears, deer, and many other species of animals. A relatively rare black panther was born here during 2012 and is available for public view as .....

At a distance of 2 km from Shimoga Railway Station, Shivappa Nayaka Palace or the Government Museum is an ancient palace, and a museum located in the town of Shimoga, Karnataka. It is one of the must-include places to visit as part of Shimoga packages.

Lying on the banks of River Tunga, the Shivappa Nayaka Palace is named after the popular 17th-century king Shivappa Nayaka of the Keladi Nayaka dynasty. According to art historian George Michell, the palatial bungalow was built by the 18th-century Mysore ruler Hyder Ali. The other version is the original palace was built by Hiriya Venkatappa Nayaka of the Keladi dynasty in the 16th century and was destroyed by Adil Shah of the Bijapur Sultanate. Later Shivappa Nayaka rebuilt the present building and was converted into a sawmill when the British took over the palace from the Nayakas. After the British left India, the Archaeological Department restored the palace and converted it into .....

At a distance of 2 km from Shimoga Railway Station, Sacred Heart Cathedral Church is a Roman Catholic Church situated in Shimoga. It is the second-largest church in India, and among the popular Shimoga places to visit.

Sacred Heart Cathedral Church was erected in 1976, but the history of the church dates back to the 1830s. Already in 1830 Shimoga Town had a small Church and a Burial ground. It was constituted into a Parish in 1847. In 1871 a new Church began to be constructed and it was completed in 1875 and was dedicated to the Sacred Heart of Jesus. As the Catholic population increased, this Church was found to be too small and an extension was put up and inaugurated in 1976. On the erection of the Diocese of Shimoga, this Sacred Heart Church got the status of a Cathedral on 14th November 1988. However, an entirely new Cathedral Church was started in the year 1994 and was completed in 1998.

At a distance of 32 km from Shimoga, Mandagadde Bird Sanctuary is a small picturesque sanctuary on an island located in the River Tunga at Mandagadde village near Shimoga. Located on Solapur - Mangalore Highway, it is one of the few bird sanctuaries in Karnataka, and among the best places to visit near Shimoga.

Spans an area of 1.14 acres, Mandagadde Bird Sanctuary is one of the 20 important bird sanctuaries in India, and among the few bird sanctuaries in the Malnad region of Karnataka. The sanctuary is visited by migrant birds as the roaring waters of the mighty Tunga River provide ideal conditions for nesting and breeding of the lovely birds. This spot is very much adjacent to the National highway between Shimoga to Thirthalli and easily reachable.

A part of Shettihalli Wildlife Sanctuary, Mandagadde sanctuary is important for bird nesting with over 5,000 birds here from July to September. The .....

At a distance of 17 km from Agumbe, and 96 km from Shimoga, Kundadri is a beautiful hill top located near Agumbe in the Shimoga district of Karnataka, India. It is one of the top places of trekking in Karnataka, and among the must-visit places as part of Agumbe tour packages.

Rising at an altitude of 3,200 feet, the Kundadri hill is known for the 17th-century Jain temple dedicated to Parshwanath Tirthankara. The name Kundadri is believed to be derived from the name of Acharya Kundakunda, a popular 4th century Jain Monk, who is said to have taken shelter in these hills. The small temple, along with two small ponds form the only building on top of Kundadri hills. The Jain Temple is particularly crowded amid the season of Makara Sankranti in January.

Boasting dense jungles of the Western Ghats, Kundadri is a trekker's haven and a paradise for nature lovers. A rough, .....

At a distance of 14 km from Shimoga, Gajanur Dam is a concrete dam situated at Gajanur near Shimoga. It is one of the scenic places to visit in Shimoga during the monsoon season.

Gajanur Dam was built across the River Tunga in the year 1972 by Mysore Construction Company (MCC). The length of the dam is 770 meters, and the full reservoir level of 534 meters. The S-shaped dam was mainly constructed to provide water for drinking and irrigation purposes of Shimoga city and other taluks of the district. The engineering uniqueness of this dam is that there are 22 crest gates and yet, it can handle the River Tunga's thundering flows during monsoon. Water from the dam is pumped to Bhadra Dam during the peak monsoon season, which is then further used to serve dry regions of the Chitradurga district.

Gajanur Dam is one of the scenic picnic spots for tourists. Surrounded by lush green fields, plantations, .....

At a distance of 10 km from Jog Falls, and 103 km from Shimoga, Linganamakki Dam is an earthen dam situated at Kargal village of Sagara taluk. Built across the Sharavathi River, it is one of the top places to visit as part of Jog Falls packages.

Linganamakki Dam was constructed by the Karnataka State Government in 1964. About 2.4 km long, Linganamakki Dam is considered to be one of the largest manmade reservoirs in the country. This dam has a height of 1,819 feet and a catchment area of 1991 sq. km. The main purpose behind building this dam was to help with providing irrigation facilities in that area and also help with supplying fresh drinking water. It derives most of its water requirements from the annual rainfall. Another water support of this dam is Chakra and Savahaklu water reservoirs, which are linked to the dam through a canal. There is also a hydroelectricity plant with a power generation capacity of 55 MW.

At a distance of 9 km from Sagara, 31 km from Jog Falls, and 83 km from Shimoga, Keladi is a temple town located in the Sagar Taluk of the Karnataka state. It is one of the top places of heritage in Karnataka, and among the must include places in Jog Falls tour packages.

Keladi is known for its rich past and culture as it once served as the first capital of the Keladi Nayaka rulers, who were the feudals of the Vijayanagara Empire. Today, this historic town is adorned with two popular attractions - Keladi Rameshwara Temple and Keladi Museum. The Rameshwara Temple devoted to Lord Rameshwara is the finest example of Hoysala, Dravidian, and Kadamba architectural styles. Chowdappa Nayaka, who had built the temple, strategically placed every brick and tile to give rise to this awe-inspiring piece of work. The pillars are stunningly carved with epic gods and goddesses as well as animals. .....

At a distance of 6 km from Sagara, 32 km from Jog Falls, and 77 km from Shimoga, Ikkeri is a small town situated in the Sagara taluk of Shimoga district, Karnataka. It is one of the of the best heritage places to visit during your Jog Falls trip.

The historical town of Ikkeri was the erstwhile capital of the Keladi Nayakas for 120 years during the 16th-17th centuries. The Keladi rulers built temples, a citadel, and a palace in Ikkeri during their rule. At that time Ikkeri also had a mint that minted coins. A lot has changed since those ancient times and Ikkeri has lost much of its grandeur. The only vestige of its former greatness is the temple of Aghoreshwara. The word Ikkeri in Kannada means 'Two Streets'.

The magnificent 16th-century Aghoreshwara Temple is dedicated to Lord Shiva. It is a large granite structure built in a unique style that has the influences of the Dravidian, Kadamba, Hoysala, and Vijayanagara schools .....