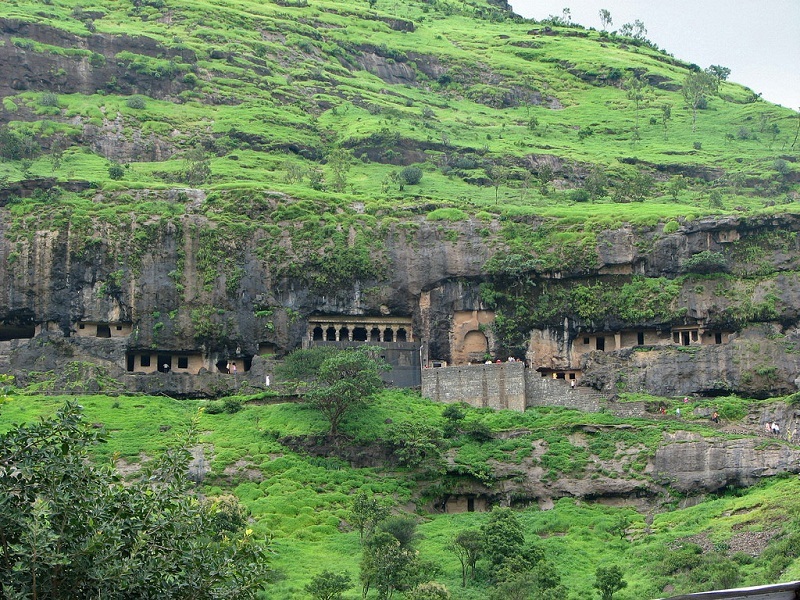 At a distance of 96 km from Pune, Junnar Caves are ancient rock cut caves situated at Junnar in Pune district of Maharashtra. Junnar has the largest and longest cave excavations in India. These are the ASI protected monuments and also one of the popular Pune tourist places.

Junnar has over 200 independent excavations spread over four hills. All the excavations belong to the Hinayana phase and are datable from mid-3rd century BC to late 3rd century AD. The presence of largest number of rock cut excavations and a large number of inscriptions enabling a paleographical study makes Junnar a prominent site for the study of rock cut architecture. Here there are 24 inscriptions, which provide useful paleographical data for the relative dating of the caves.

Junnar Caves are classified into various groups depending upon the location of these excavations. They are Tulja Caves, Manmodi Group of Caves, Shivneri Group of Caves and Lenyadri or Ganesh Lena Caves. The Lenyadri or Ganesh Lena Group is the main group and located 6 km north of Junnar across the River Kukdi. The hill is variously known as Sulaiman Pahar and Ganesh Pahar. There are nearly 40 caves in this group of which the main group of 30 caves are located in a line and stretch from east to west, all facing south and overlooking the Valley of Kukdi River. Among them Cave 6 and 14 are chaityagrihas and the remaining are viharas. Of which Cave 7 is the largest and also houses the image of Ganesh. It is one of the Ashtavinayak shrines, a set of the eight prominent Ganesh shrines in Maharashtra. The remaining monasteries are small in size which has two or three cells, in some cases with a front verandah. These caves are datable from 1st century AD to 3rd century AD. Visitors need to climb nearly 300 steep steps to reach the caves.

Manmodi group of caves located on the Manmodi hill located 5 km south of Junnar. The monastic complex was known as Gidha-vihara (Gridhra-vihara) and the hill as Manamukuda in ancient inscriptions. This group consists of nearly 40 individual excavations excluding the cisterns. They are located in three distinct groups known as Bhimasankar group, Amba-Ambika group, and Bhutalinga group, nearly 200 m west of the Amba-Ambika group.

The Tulja Caves are located on the Tuljabai hill, 4 km west of Junnar Bus Stand near Somatwadi. This is the smallest group with 11 caves datable from circa 1st century BC to 1st century AD. These caves are situated together in a row and face roughly east-north east. Cave 3, is the most important which has a circular dome ceiling in the Chaitya Hall with 12 tall octagonal pillars. Shivneri Group of Caves are located to the southwest of the town, in five separate groups at varying heights of the steep Shivneri hill, the birth place of Chhatrapati Sivaji. There are nearly 50 caves in this group, a majority of them small and plain. These are not easily accessible to the normal visitors.