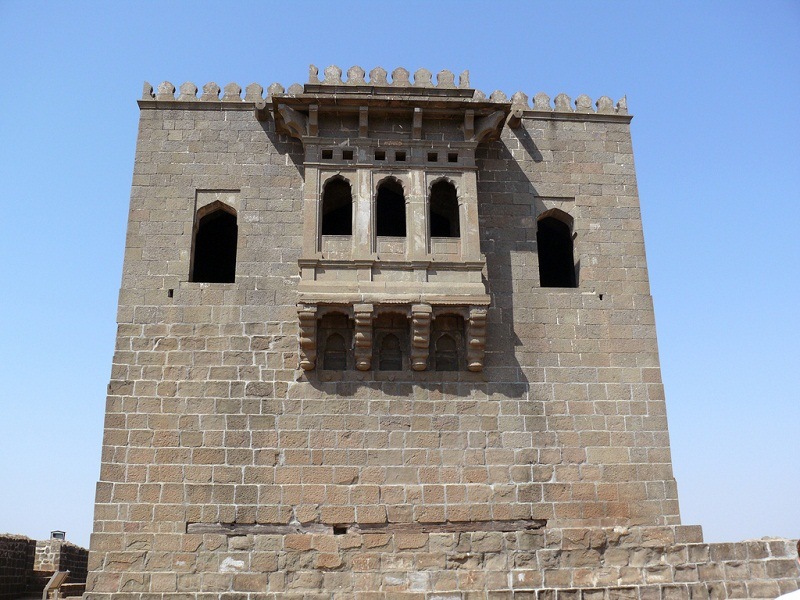 At a distance of 94 km from Pune Junction, Shivneri Fort is an ancient fort situated near Junnar in Pune district of Maharashtra. Shivneri Fort is one of the most magnificent as well as historically rich forts of India. It is a famous trekking destination and also a popular weekend picnic destination near Pune. It is also one of the top tourist places in Pune visiting.

The Shivneri Fort was built during the time of Satavahanas. After the Satavahanas, the Shivneri Fort was occupied by the Shilaharas, the Yadavas, and the Bahamanis. In 1599 AD the hill fort was granted to Shivaji's grandfather, Maloji Bhosale and passed down to Shahaji. Jijabai (Shivaji's mother) spent the days of her pregnancy here and this was the birth place of Shivaji, the famous Maratha warrior who was born in 1630 AD. Shivaji spent his childhood in Shivneri Fort and also undertook his military training here.

Shivneri is a triangular shape hill fort and has its entrance from the South-West side of the hill. Apart from the main gate there is an entrance to the fort from Eastern side called locally as the chain gate, where in one has to hold chains to climb up to the fort gate. The fort extends up to 1 mi with seven spiral well-defended gates. There are mud walls all around the fort. The fort also exhibits a small water pond named Badami Talav, located in the center of the fort. Close to the pond lies the idol of Jijabai along with her son Shivaji. Shiv Janmasthan, Ambarkhana, Kadelot Point, Ganga Jamuna and Nane Ghat are popular places in and around the fort and can be easily explored. Travellers can also explore Dongarmatha, Kadeloot Tok and Kaman Take, located within the fort. Inside the Shivneri fort is a small temple dedicated to the goddess Shivai Devi, after whom Shivaji was named.

There is a tarmac road till the first of the seven gates of Shivneri Fort and a leisurely half an hour walk takes one to the Shiv Janmasthan through manicured gardens and landmarks of Shivneri fort.