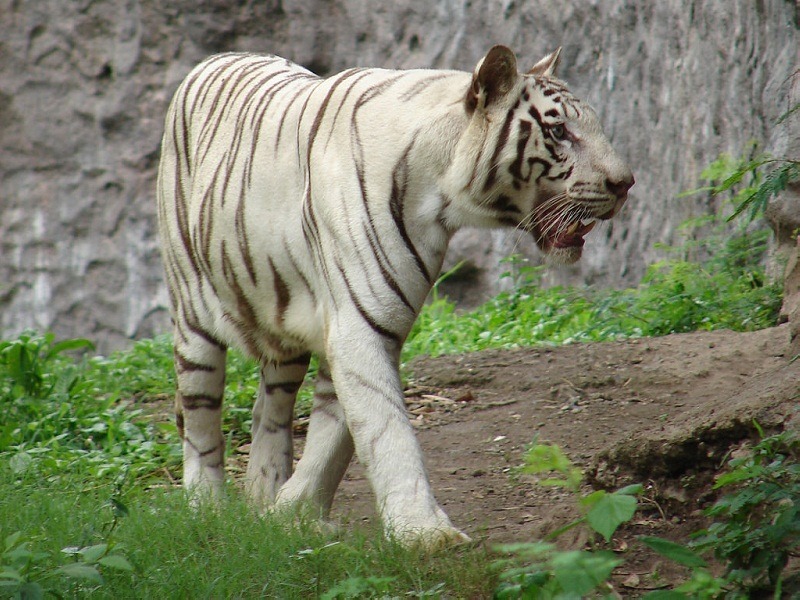 At a distance of 11 km from Pune Junction and 6 km from Saras Baug, Rajiv Gandhi Zoological Park, commonly known as Rajiv Gandhi Zoo, is located at Katraj in Pune. It is one of the famous tourist places in Pune and also the most popular wildlife sanctuaries in India.

The Pune Municipal Corporation created Peshwe Park in 1953 on about 7 acres. In 1986, Mr. Neelam Kumar Khaire with assistance from the Pune Municipal Corporation created the Katraj Snake Park on the same land. In 1997, in order to create a more modern zoo, the municipality selected a site in Katraj and started developing a new zoo. The zoo opened in 1999 as the Rajiv Gandhi Zoological Park & Wildlife Research Centre. The park initially included only the Reptile Park, sambars, spotted deer, and monkeys. Although it took until 2005, all of the animals from Peshwe Park were eventually moved to the new site, and Peshwe Park was closed.

The 130 acre zoo is divided into three parts: an animal orphanage, a snake park, and a zoo. The zoo area is also encompasses a 42 acre water body popularly called as the Katraj Lake. The zoo is currently recognized and categorized as a large zoo by the Central Zoo Authority and houses 362 animals, of which 147 animals are classified as endangered. All the animals are now housed in spacious, naturalistic, moated enclosures. In the recent years, the zoo has been successful in the captive breeding of many endangered animals like the Bengal tiger, sloth bear, four horned antelope, blackbuck, monitor lizard, jackal, peacock, Russell's viper, Indian cobra, etc.

The snake park has a large collection of snakes, reptiles, birds and turtles. There are over 22 species of snakes with 10 species of reptiles comprising more than 150 individuals. This includes a 13 foot long king cobra. The snake park has organized many snake festivals and snake awareness programs to clarify doubts about snakes. During Nag Panchami, the park arranges programs to discourage ill-treatment of snakes.

Timings: 9.30 AM to 5 PM on all days except Wednesdays