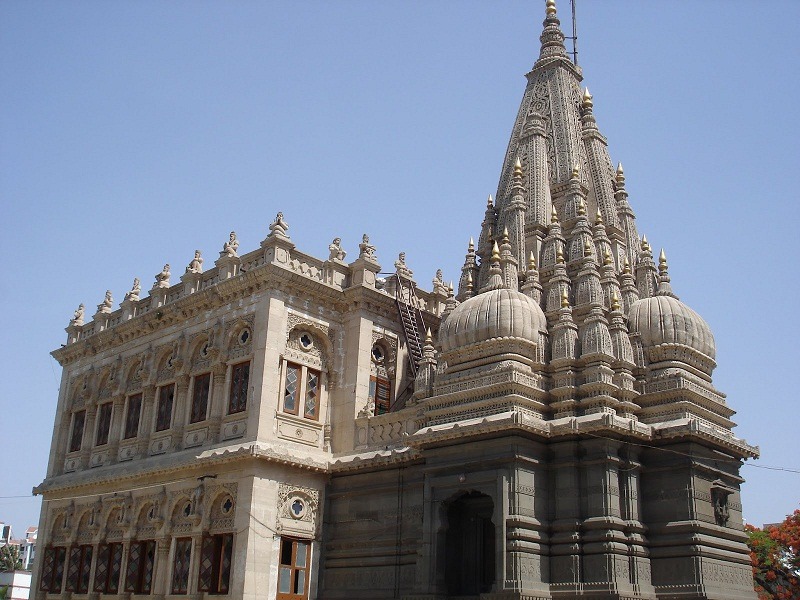 At a distance of 6 km from Pune Junction, Shinde Chhatri is an imposing monument constructed on the left bank of the Bhairoba stream in Wanavadi and is one of the well-known tourist places in Pune.

The structure is known for its exquisite architecture and it is a strong fortified complex with a huge 15 feet tall fortification wall surrounding the main complex. Mahadji Shinde himself constructed a shrine to Lord Shiva in 1794 CE. He passed away the same year and his last rites were performed in the same complex. In 1965 CE, Shrimant Maharaja Madhavrao Scindia of Gwalior (who is a descendent of Mahadji Shinde) founded the Chhatri and installed the image in 1971 CE. The structure was constructed following the Vaasthu rules.

The Shiva Temple has beautiful architectural design and remains unaffected by the passage of years. There are statues of saints placed on the top of the roof. The decoration of the pillared hall, the beautiful coloured window panels and the decoration of the ceiling are fine and worth observing. There is a row of photo frames of the members of the royal Scindia (Shinde) family. It is maintained by Scindia Devasthan Trust, Gwalior.

Entry Fee: Rs. 5 for Indians and Rs. 25 for Foreigners