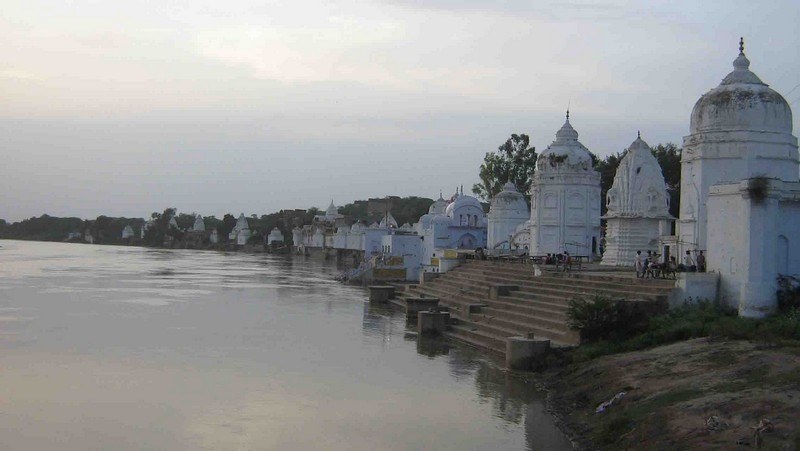 At a distance of 72 km from Agra, Bateshwar is very ancient temple town situated on the bank of River Yamuna in Uttar Pradesh.

Bateshwar is an important spiritual and cultural centre for Hindus and Jains. The name Bateshwar is derived from the main Bateshwarnath Temple dedicated to Lord Shiva. According to mythology, here under a Banyan tree (Bat in Sanskrit), lord Shiva took rest for some time, hence the place came to be known as Bateshwar (banyan lord).

It is known for the 101 Shiva temples situated on the banks of Yamuna and Shaouripur. In the epic Mahabharata Bateshwar is supposed to be referred as Shouripur, a city of king Suresaine. These temples were built by King Badan Singh Bhadoriya who said to have changed the flow of Yamuna River from east to west towards Bateshwar. The king also built a dam to protect these temples from the heavy water coming from river Yamuna. Bateshwar Nath temple finds its mention in the holy scripts of Ramayana, Mahabharata and Matsya Purana. Some of the temples have decorative ceilings and ornamental walls. The 22nd Tirthankar lord Neminath was born in Shaouripur.

Every year an animal fair is organized here in the month of October-November.