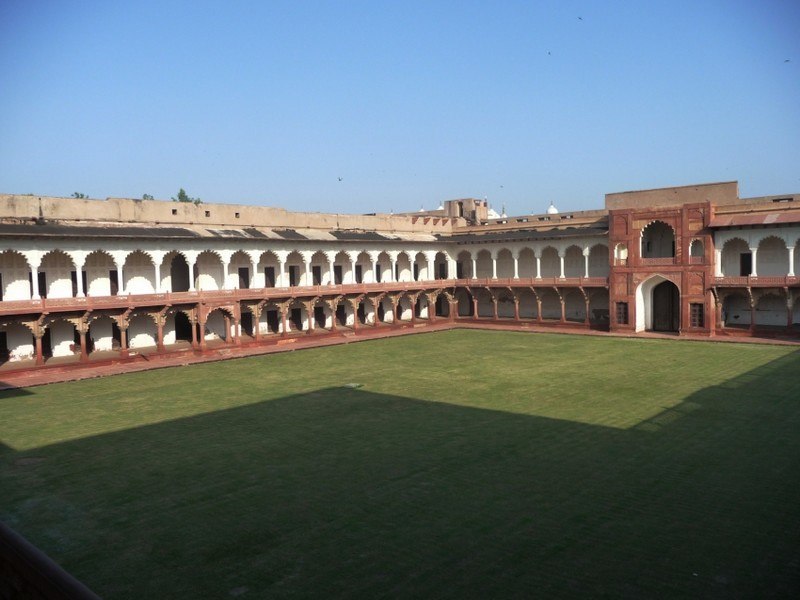 At a distance of 4.5 km from Agra Cantonment Railway Station and 2.5 km from Taj Mahal, the Macchi Bhawan or the Fish Mahal is located opposite to the Diwan-i-Khas in the Agra Fort.

Macchi Bhawan is an official complex of double storied structure around a courtyard with arched galleries. Originally the court was adorned with marble tanks and fountains in which gold and silver fish were kept which provided amusement for Emperor. On the upper storey of the southern side, a small marble pavilion with a sun medallion on its ceiling projects outward. It is believed to be the place where the Golden Throne of the emperor was placed to allow him to have the entire view of the court below. The rooms of the lower floor served as the treasury.

There was a raised white marble platform on the eastern side and a luxurious multi-chambered royal bath in the north. The southern pavilion served as a small reception room and has an open terrace with a white and a black marble throne. The black throne has a skillfully carved inscription dating back to 1602. The stucco relief work is one of the masterpieces and the intermediary space between the stone brackets of the upper storey is adorned with fine white lime molded designs.