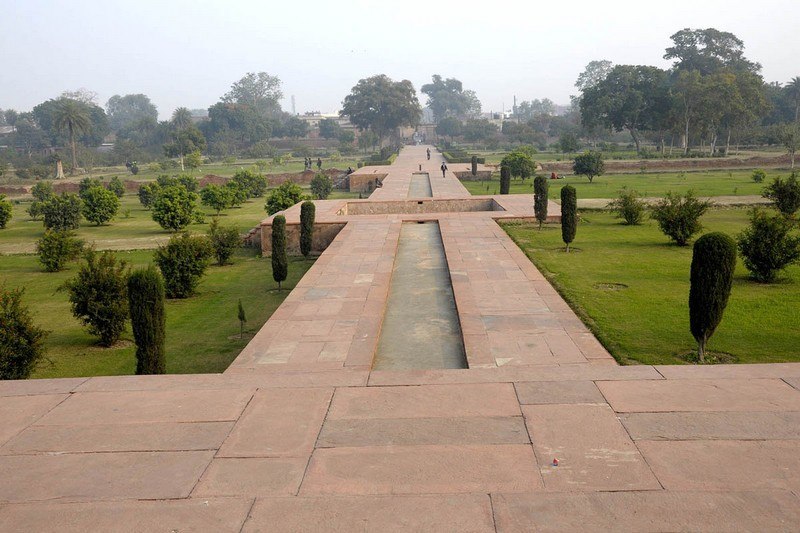 At a distance of 9 km from Agra Cantonment Railway Station and 3.5 km from Itimad-ud -Daulah, The Ram Bagh Garden is located near Chini ka Rauza in Agra. It is one of the famous places of sightseeing in Agra city.

The Ram Bagh is the oldest Mughal Garden in India, originally built by the Mughal Emperor Babur in 1528. Babur was temporarily buried there before being shifted to Kabul. The original name of the bagh was Aram Bagh, which was changed to Ram Bagh under the Marathas, when they occupied Agra from 1775 to 1803 AD. The first historical mention of this garden as the Bagh-Nur-Afshan led some historians to believe that this name had been derived from a garden in Kabul. This garden was renovated by Jahangir between 1615 and 1619.

The layout of this garden is based on the Persian style gardens. In the garden three levels have been maintained, one for flowers and vegetables, second for flower beds, with fine stone paved terraces and kiosk and the third one has structures, terraces and tanks. The river bank with cool and fresh breezes, dense greenery of trees and cool shades and running water through canals and cascades made it an extremely pleasant place for relaxing in the hot climate of Agra. Jahangir was said to be very fond of this beautiful garden.

Colossal walls enclose the garden with corner towers crowned by pillared pavilions. The garden is divided into quarters by stone paved pathways. On the north- eastern side, there exists another terrace, from which steps leads to a Hammam. On north side of this garden, there is a row of ruined houses with a gateway, built using red sandstone.