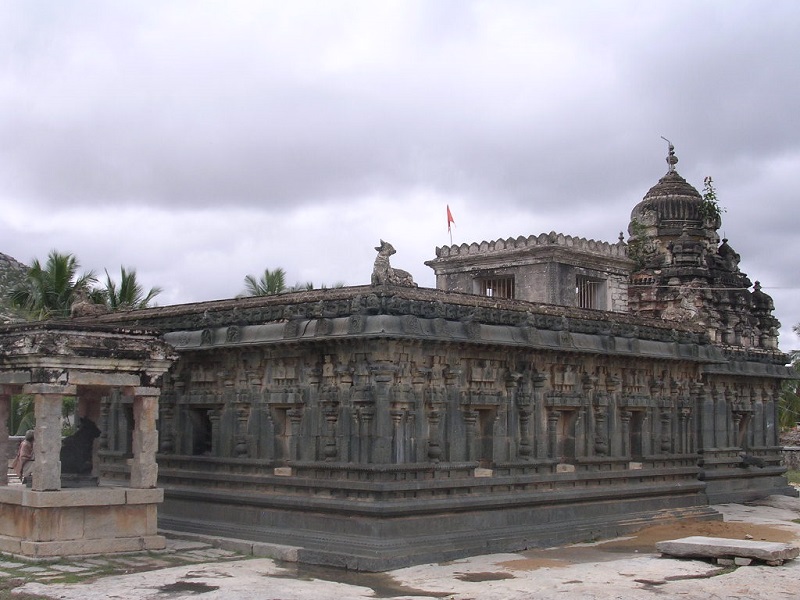 At a distance of 116 kms from Bangalore, 41 kms from Kolar and 11 kms from Mulabagal, Kurudumale in Kolar district of Karnataka is famous for Sri Maha Ganapathi Temple and Someswara Temple.

The Ganapathi shrine is at Kurudumale is regarded as a very powerful. The beautiful temple was built during the reign of Vijayanagara kings. The Ganesha idol in this highly revered temple is 14 feet tall. The temple attracts large crowd during weekends and special festivals. Ganesh Chaturthi (Sep) is the most famous festival celebrated here.

The Someshwara temple, dedicated to Lord Shiva is believed to be built during Chola period and older than Ganapathi temple. The temple built using rock has interesting carvings. It is believed that this temple was architected by two different artists and the difference in pattern of carvings can be noticed. The tower of the temple sanctum is built in Dravidian style. There is a bull manadapa opposite to the main temple structure with a large monolithic bull statue.

Public transportation is available to Kurudumale from Mulabagal. There is also a famous Anjaneya Swamy temple in Mulabagal town located just behind bus station which is worth visiting while coming back from Kurudumale.