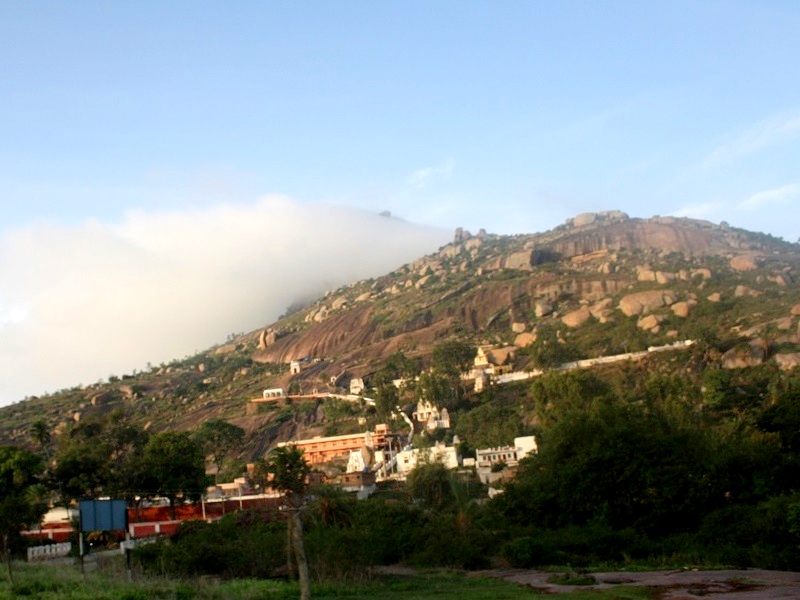 Travel Tips: Devarayandurga is around 27 Kms from here are can be visited together.


At a distance of 50 Kms from Bangalore (close to NH4 towards Tumkur), Shivaganga Hill lies at an altitude of 4599 ft and it is a good short trekking destination near Bangalore and a popular tourist place to visit near Bangalore.

There are also two Shiva temples, one very close to the foot of the hill, called Shivaganga Temple and another one at top of the hill, called Gavi Gangadhareshwara Temple. The unique feature of the hill is that it looks like a bull from the East, a Ganesha from the West, a Linga from the South and a cobra from the North. A set of well laid steps will lead you to the top of hill where the shrine of Gavi Gangadhareshwara Cave temple is situated. There is a ruined fort at the bottom of the hill near Shivaganga Temple.

The Gavi Gangadhareshwara temple is believed to be very ancient, built in 13th century by Hoysala's. The current structure was built during 18th century. There is a huge rock with a large Nandi statue which offers a panoramic view of the plains below the hill.

There is a fresh water spring called Pathala Ganga on the way to hilltop past Gavi Gangadhareshwara temple. The water here is considered to be as holy. The trek to hilltop takes around 30-40 minutes one way.

While driving from Bangalore, a diversion is required at Dobbaspet (before Tumkur) towards left and Shivaganga Hill is about 7 Kms from here.