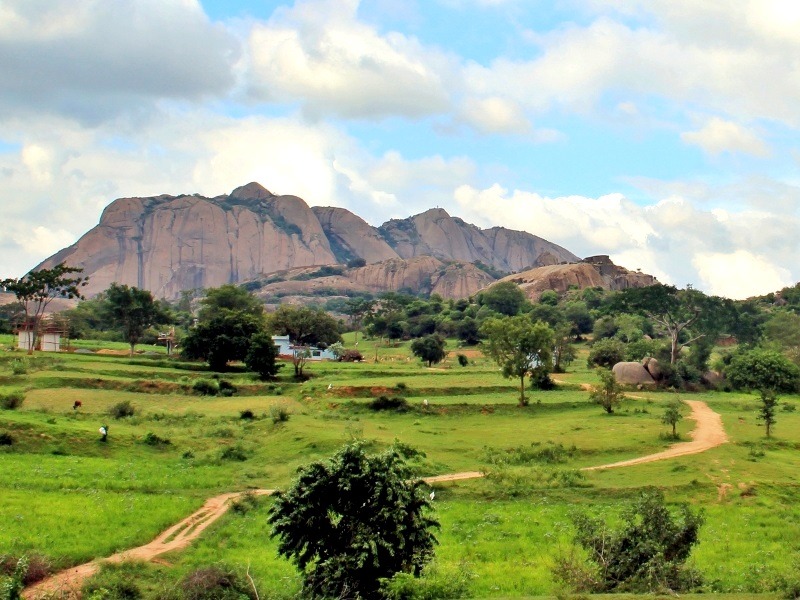 Savandurga consists of two hills, the Billigudda and the Karigudda. They serve as the base for pilgrims who come to visit the Savandi Veerabhadreshwara Swamy temple and Narasimha Swamy temple, situated at the base of the hills. The paths leading to these temples are quite uneven and thrilling. Thus, they make it to the wish-list of the rock-climbers, cave-explorers and adventurers.

Savandurga was a prominent place during the Hoysala rule. The hill fort on the top of the hill was erected in 1543 by Samanta Raya. It came under control of Kempe Gowda until 1728 when it was captured by the Raja of Mysore from whom it passed to Haider Ali. In 1791 Lord Cornwallis captured Savandurga from Tipu Sultan's army in the Third Anglo-Mysore War.

Trekking in Savandurga is an extremely popular activity. There are actually two main trekking trails that run up towards Savanadurga. One is the Karigudda and the other is the Billigudda trail. Both Karigudda and Billigudda are tough climbs that run vertically up craggy rock faces. Billigudda is little easier to climb and the trail is well marked out. Karigudda is tougher and less explored.

The climb along Biligudda goes through the ruined fort built by Kempe Gowda. This climb will involve traversing some bare patches of rock and little vegetation. Directions are painted on the rock faces and there are four checkpoints on the way at four different walls of the ruined fort. The climb up to the fort tower can be a challenging trek. On the top, one can get an exhilarating view of the surrounding region. Another stretch of steep climbing from here will go to the small Nandi Mantapa at the top of Billigudda.

For adventure seekers, Karigudda can be a satisfying trek. A sheer climb with less marked trails and much more difficult to scale than Billigudda, this can be hard even for experienced trekkers as the trek will involve the use of good rock climbing equipment.