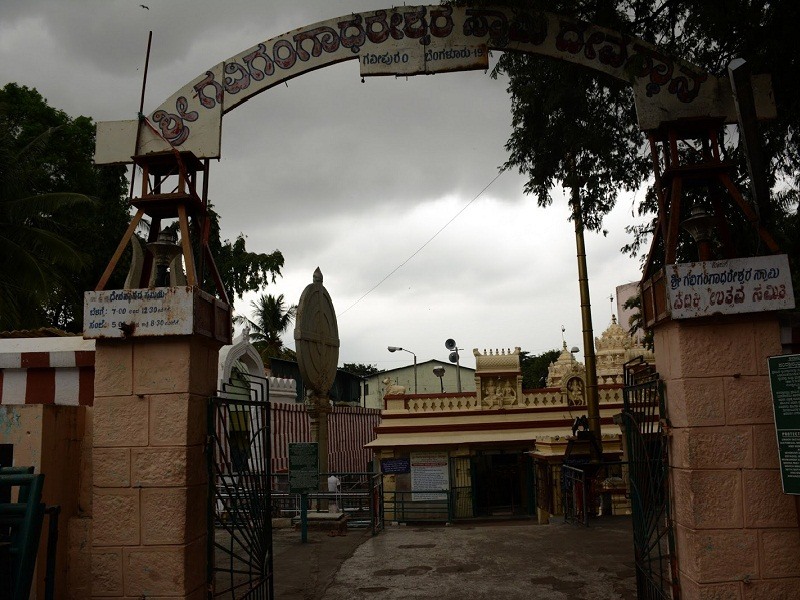 At a distance of 5 Kms from Bangalore City Railway Station, Sri Gavi Gangadhareswara Temple is a rock-cut cave temple located near Basavagundi. Dedicated to Lord Shiva, it is one of the oldest temples in Bangalore.

The temple is believed to have been constructed in 9th century. According to temple legend, this cave temple dates back to the Tretha Yuga. Sage Gautama had worshipped Lord Shiva in this cave temple. The central sanctum is facing south, which is a rare feature. The temple compound has shrines of Devi Parvati and Durga. The images of Shanmukha and Ayyappa and those of Chandra, Surya and Bhairava are exquisitely carved. In the front yard, there are stone monoliths of sun and moon discs. A unique phenomena is witnessed here on January 13th / 14th (Makara Sankranti day) every year when the rays of the setting sun enter through the window, pass between the horns of the Nandi and shine on the Shiva lingam.