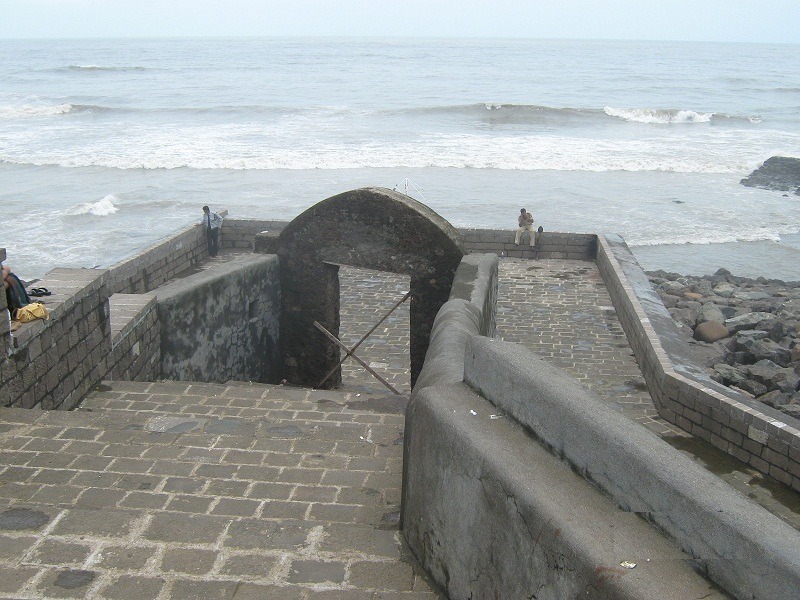 At a distance of 1 km from Mount Mary Church and 17 km from Mumbai Chhatrapati Shivaji Terminus, Castella de Aguada, also known as the Bandra Fort, is an ancient fort located at Land's End in Bandra, Mumbai.

The Bandra Fort was built by the Portuguese in the early 1640 AD to serve as a watchtower overlooking Mahim Bay to the south, the Arabian Sea to the west, the islands of Worli to the south and the town of Mahim to the south west. The fort also guarded the northern sea route into Mumbai Harbour. During the Portuguese rule, it was armed with seven cannons and other smaller guns as defence. A freshwater spring in the vicinity supplied potable water to passing ships, thus lending the fort its name Castella de Aguada.

After the decline of Portuguese in the early 18th century, the Marathas were the greatest threat to the Britishers. Foreseeing the inevitable defeat of the Portuguese, the Britishers demolished a part of the fort so that the Marathas couldn't capture the fort as use it to their advantage against the British army. The island was invaded by the Marathas in 1739 AD and it was ruled by them until 1774 AD when the British gained possession of the area during the First Anglo-Maratha War.

The fort lies over several levels, from sea level to an altitude of 24 m (79 feet). Castella de Aguada has been featured in several Hindi films, such as Dil Chahta Hai and Buddha Mil Gaya. This place offers a beautiful sea view especially during sunset. Many locals and tourist come here to spend their quality time.