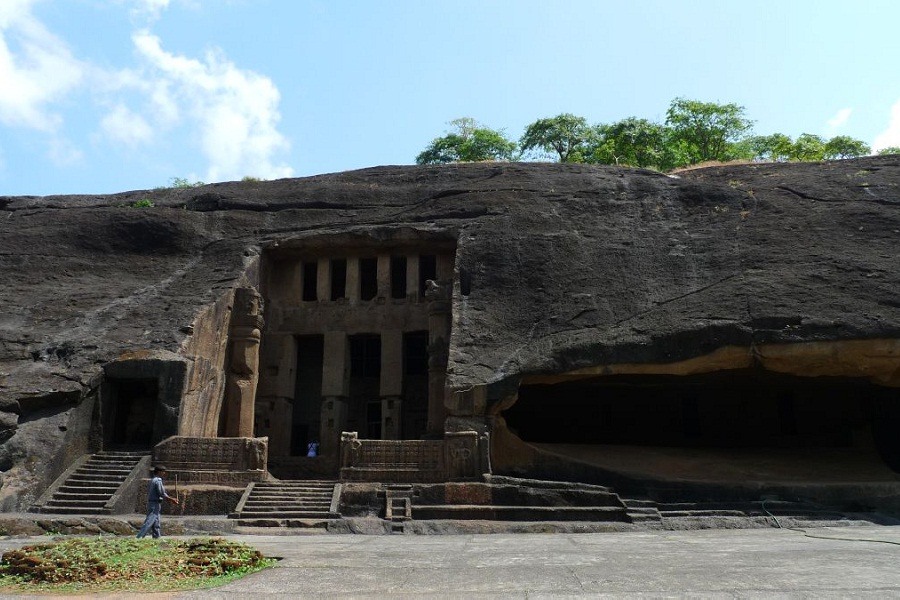 At a distance of 42 km from Mumbai Chhatrapati Shivaji Terminus, Kanheri caves are located inside Sanjay Gandhi National Park to the north of Borivali in the outskirts of North Mumbai in Maharashtra. These Caves are considered one of the top tourist places in Mumbai.

The name of these caves has originated from the Sanskrit word Krishnagiri, meaning black. These are the must-include places in Mumbai tour packages, especially for history buff.The Kanheri Caves constitute a group of rock-cut monuments chiseled out of a massive basaltic rock. The caves demonstrate the Buddhist influence on the art and culture of India. These caves were formed between the 1st century BC and 10th century AD, with the earliest rocks comprising 109 tiny rock-cut cells. Most caves were named Buddhist Viharas in ancient times and were meant for living, study, and meditation. The site also served as a university during the rule of Kushanas and Mauryas.

Kanheri caves are divided into three different caves, each of which has a stone plinth for a bed. The caves have chaityagrihas with rock-cut stupas where Buddhists worshipped. There are single and multiple celled viharas or monasteries that were abode to Buddhist monks. The caves also had podhis or water cisterns which were dug skillfully to trap rainwater for use during summers.

The initial caves are small and unadorned, consisting of a single cell with front-pillared verandahs. The most distinguished of these caves is Cave 3, which is India's second-largest chaityagriha, after Karla in Pune. The most impressive attractions of these caves are exquisite paintings of Gautam Buddha and a large Buddhist image known as Dagoba.

Nearly 51 legible inscriptions and 26 epigraphs are found at Kanheri, which include the inscriptions in Brahmi, Devanagari, and 3 Pahlavi epigraphs found in Cave 90. One of the significant inscriptions mentions the marriage of Satavahana ruler Vashishtiputra Satakarni with the daughter of Rudradaman I. Cave 34 has unfinished paintings of Buddha on the ceiling of the cave.

Kanheri Caves are located about 5 km from the entrance of the Sanjay Gandhi National Park. Apart from enlightening visitors on Buddhism, the ancient Kanheri Caves are a delight for nature lovers with small waterfalls, natural streams, and dense forests along with serene surroundings. Visitors must pay entry fees at the park gate and the cave entrance. Tourists can travel to the park by bus or auto-rickshaws from Mumbai. From the main gate, one can take vans that shuttle between the main gate and the cave entrance. It is a 15 minutes ride, operated every 20 minutes.

Caves Timings: 9 AM to 5 PM, Closed on Monday