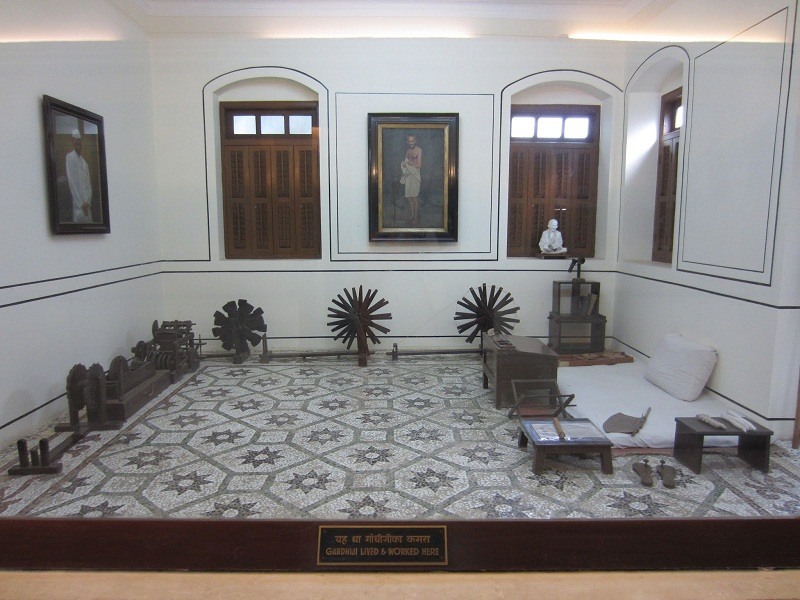 Mani Bhavan is one of the few important places honoured by Mahatma Gandhi's close association. Mani Bhavan is a place where Mahatma Gandhi lived during the period of 1917-34 AD. He was staged a four-day fast while living here in 1921 in an effort to restore peace to Mumbai. This house belonged to the Indian National Congress supporter and a friend of Mahatma Gandhi, Revashankar Jhaveri. Gandhiji initiated the Non-Cooperation, Satyagraha, Swadeshi, Khadi and Khilafat movements from this house. In 1955, the building was taken over by the Gandhi Smarak Nidhi in order to maintain it as a memorial to Gandhi.

The two-storeyed structure standing on the Laburnum Road is the city's pride. The Museum has a library in the ground floor that preserves Gandhi-related works which also has many photographs, posters, slogans, his letters to Hitler and Roosevelt, a note of praise from Einstein and photographs of his meeting with Queen Elizabeth II at Buckingham Palace. The library also has many books read by Gandhi, which includes Tolstoy and Shakespeare and a well-thumbed copy of 'Les Miserables'.

The first floor is an auditorium where films on Gandhiji are shown from time to time and recordings of his speeches are played on request. The room on the second floor which used to be the living room and working place of Gandhiji has been preserved as far as possible in its original settings. One can also see Gandhi's own old Charkha (spinning wheel) and Charpoy (rope bed) which are displayed here. Adjoining to Gandhiji's room is an exhibition depicting Gandhiji's life through mini figures in tableaux. The terrace where Gandhiji used to sleep and hold prayers, a bronze plaque with an inscription marks place of the tent in which Gandhiji was arrested in January, 1932. At the sales counter in the entrance hall are sold the Gandhi Postage Stamps, Photographs, Gandhian Literature, Statues, and Medallions etc.

Mahalakshmi Temple, Jain Temple, Kamala Nehru Park are some of the nearest attractions. Museum is on Laburnam Road, and its location is near the August Kranti Maidan, where 'Quit India' movement was launched in 1942.