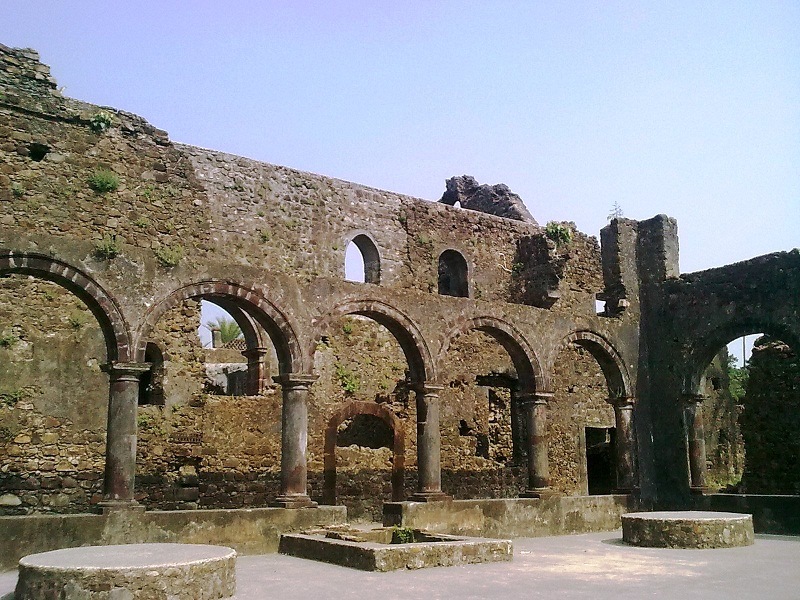 At a distance of 73 km from Mumbai Chhatrapati Shivaji Terminus, Vasai Fort, also known as the Bassein Fort, is an ancient fort located at Vasai in the suburbs of North Mumbai. The fort, overlooks the confluence of the Ulhas River, is one of the top places to visit in Mumbai.

Vasai was known as a place for ship building in the 15th Century. Bahadur Shah, a Mughal Emperor had built the Bassein Fort in the 1530s. The fort covers an area of around 110 acre. The Portuguese conquered and destroyed most of the fort a year after it was built. The Portuguese remodeled the fort into a flourishing city by building a citadel inside. The fort was under the Portuguese control till 1739 AD. In the 18th century, the fort was raided and overtaken by the Maratha army under Chimaji Appa. They stood strong for 3 long years, and then the British took over the fort in the First Anglo-Maratha War.

Once a strategic place on the Western coast of India, this fort has now mostly turned into ruins. Despite the fort is so old and in the condition of ageing, there are many remains, which are still livens the wonderful architecture of the olden days. Three chapels inside the fort are in the condition, which can be easily recognized. The southernmost chapel has a well-preserved barrel vaulted ceiling and the walls are covered with tree roots and palm groves. Many of the watchtowers still stand so strong, with secure staircases. Surrounded by sea on the three sides, it is a favourite location of Bollywood film makers. The famous films shot here are Khamoshi, Ram Gopal Verma's Aag etc.

Tourists can reach this place by taking a train up to Vasai Road Station. From here tourists can take a bus or auto to the fort. It is said that the fort has a bad reputation for illegal activities and that during the week days it is not advisable for tourists or women to visit it.