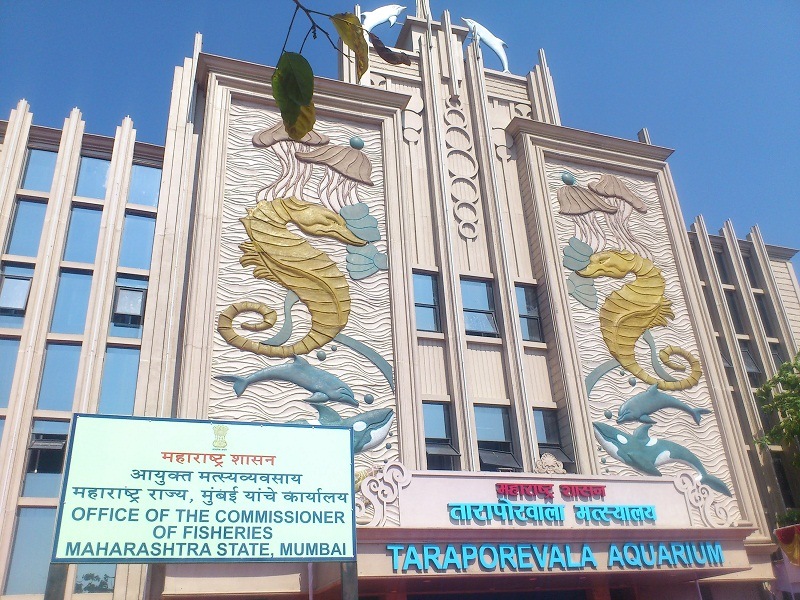 At a distance of 3 km from Mumbai Chhatrapati Shivaji Terminus, Taraporewala Aquarium is India's oldest and only aquarium in Mumbai located on Marine Drive in Mumbai.

Built at cost of 800,000 rupees in 1951, the aquarium houses colorful marine and freshwater fish. The Aquarium is named after Mr. Taraporewala, a Parsee philanthropist who donated a huge sum for its construction. It was re-opened after renovation on March 3, 2015. The renovated aquarium has a 12-feet long and 360 degree acrylic glass tunnel. Another attraction is the special pools, where children can touch fish which are harmless. The fish will be kept in large glass tanks, which will be lit with LED lights.

There are more than 100 species of freshwater and marine fishes in the aquarium, including seven different types of coral fish from the Lakshadweep Islands. Other attractions inside the aquarium include sharks, turtles, ray fish, moray eels, star fish, stingrays and many others. The aquarium also gives visitors the glimpse of variety of marine life found in the Arabian Sea and Indian Ocean. Also inside the aquarium there is a room which has fossils and preserved fishes in bottles on displays along with rare kinds of sea-shells.

The aquarium has plans to renovate shortly into a high-tech Aquarium with special attractions like glass vision sea-world and an underwater sea walk.