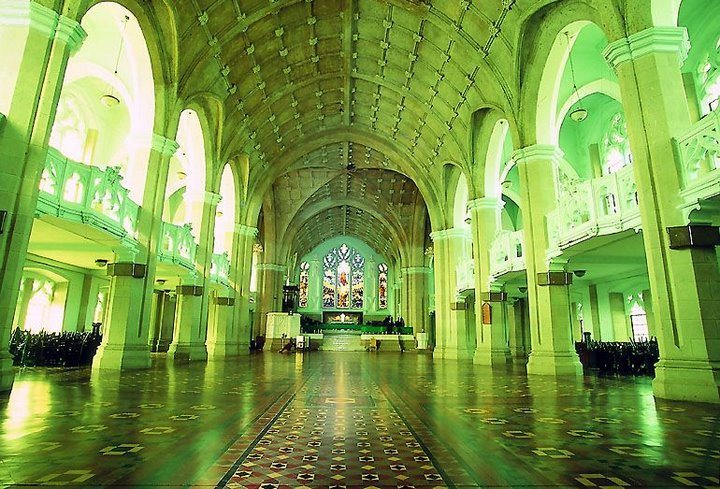 Falaknuma (meaning 'Star of Heaven') was designed by an Italian architect and its foundation was laid in 1884. The entire process of construction took 9 years. It was purchased by Nizam VI in 1897 and functioned as a royal guest house. The Palace is located atop a hill at an elevation of 2000 ft. and occupies a total area of 32 acre.

The palace was built in the shape of a scorpion with two wings that are spread out in the north. The middle part is occupied by the main building and the kitchen, Gol Bangla, Zenana Mahal and harem quarters stretch to the south. This beautiful palace consisting of 220 extravagantly decorated rooms and 22 spacious halls. The Nawab was an avid traveler and the palace has some of the finest collections of paintings, statues, furniture, manuscripts and books from around the world.

One of the highlight's of the palace is the state reception room, whose ceiling is decorated with frescoes and gilded relief's. The ballroom contains a two-ton manually operated organ said to be the only one of its kind in the world. The Jade collection and the collection of Holy Quran are considered to be very unique. A magnificently carved walnut roof covers the library and is said to be a replica of the one at Windsor Castle. The famed dining hall of the palace can accommodate 100 guests on its dining table. The ground floor of the palace housed the living rooms.

This Palace was taken over by Taj Group and has been converted to a luxury hotel in the year 2010. Now it is popularly known as the Taj Falaknuma Palace. Currently this palace is not open for general public though interested people can book a lunch table to explore few sections of the palace.