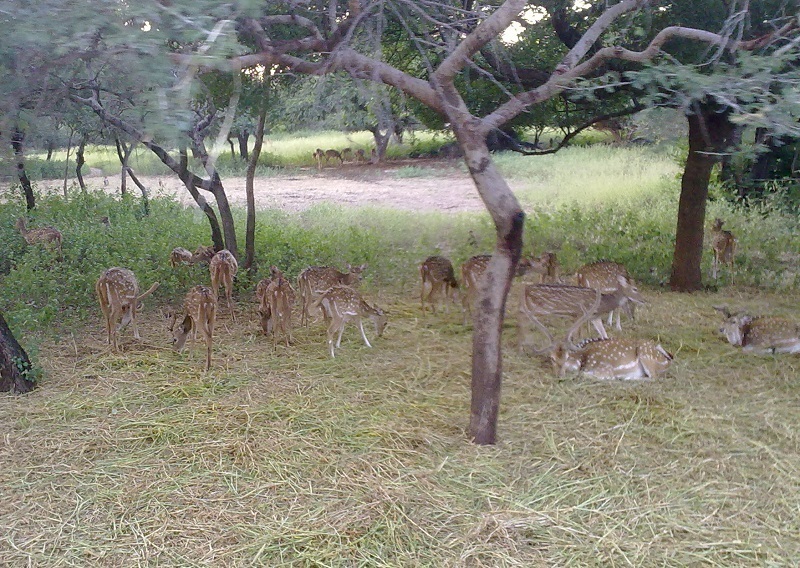 At a distance of 15 kms from Nampally Railway Station, Mahavir Harina Vanasthali National Park is situated in Vanasthalipuram on NH9 towards Vijayawada.

Named after the holy Jain saint 'Lord Mahavira', it was established in 1975 on 2500th birth anniversary of the saint. This sanctuary was once the exciting 'Shikargarh' or hunting ground of one of the Nizam rulers. It has now been converted into a protected national park. The park is in full bloom during monsoons when beautiful flowers of different colors blossom all around. This Park is home to the endangered Black Buck deer. An estimated 400 deer roam around the National Park fearlessly. The animals in the park are of a wide variety. Black bucks, porcupines, water monitors, short toed eagles, Indian herons, egrets, kingfishers, cormorants and myriad species of birds.

The forest department also organizes a mini van safari into the forest (duration is 15 minutes) which offers excellent opportunity to watch wildlife from close proximity. There are plenty of deers on the safari track found in groups. The van usually stops for few minutes inside the forest to allow all visitors get a glimpse of the wild animals. There are several peacocks freely roaming in the park.