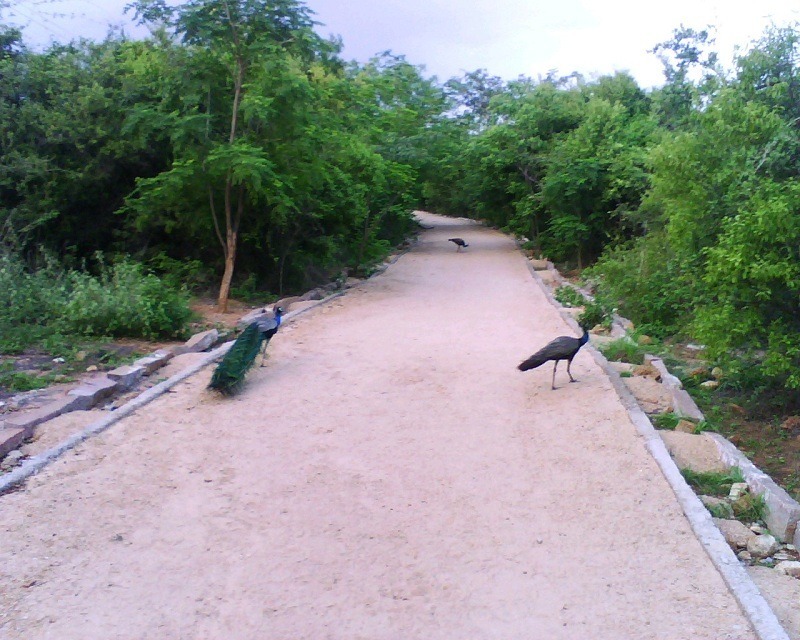 At a distance of 8 kms from Nampally Railway Station, the KBR National Park is located near Jubilee Hill check post in the heart of Hyderabad City.

Named after the former Chief Minister of Andhra Pradesh late Kasu Brahmananda Reddy, it covers an area of 156 hectares. It was established in 1994 to safeguard the biodiversity and richness of the area. The fauna comprises around 113 species of birds, 20 species of reptiles, 15 species of butterflies, 20 species of mammals and numerous invertebrates. It houses the stately Chiran palace of the former Nizam of Hyderabad. The park has nearly 600 species of trees, shrubs, climbers, herbs, grasses, besides several pteridophytes, bryophytes and xerophytes.

The park was renovated in 2001/2002 to create a closed walkway around the park. The diameter of the walkway is around 5 Kms and several famous personalities of Hyderabad including film stars visit this park for walking/jogging.