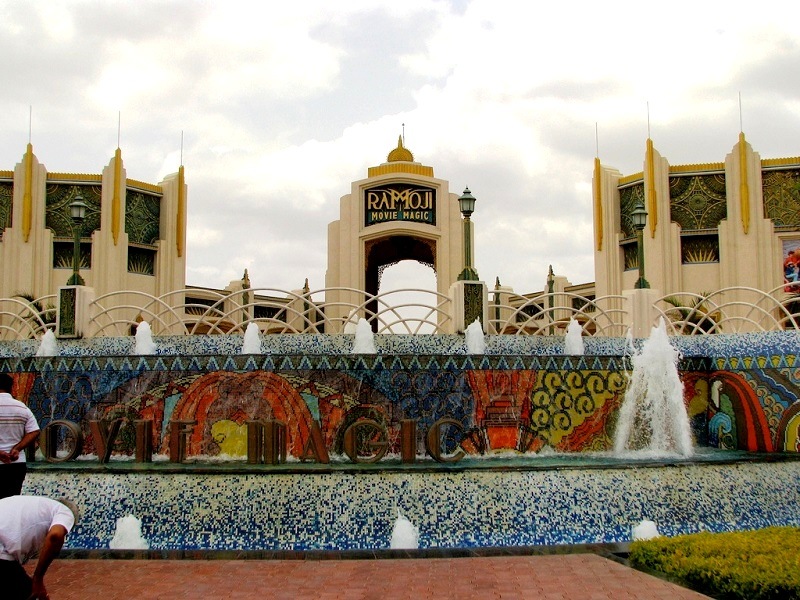 At a distance of 35 km from Nampally Railway Station, Ramoji Film City (RFC) is situated near Hayathnagar on NH9 towards Vijayawada. This is the world's largest integrated film studio complex and also a popular tourism and recreation center. This is a popular getaway from Hyderabad to spend a full day.

Ramoji Film City is spread over a vast area of about 2500 acres, is a major film-making facility in India. Owned by film producer and media baron Ramoji Rao, the construction of RFC was completed in 1996. The Film City has been certified by Guinness World Records as the world's largest film studio complex. It can accommodate about 50 film units at the same time. The outdoor locations and lush greenery of Ramoji Film City attract tourists as well. The studio has produced films in a number of languages, including Telugu, Hindi, Malayalam, Tamil, Kannada, Oriya, Marathi, Bengali and international films.

Ramoji Film City is a popular family getaway in Hyderabad. It also serves as the perfect destination for corporate events and lavish weddings. The dramatic film city is a best option if you want to spend a fun day with a number of rides and recreational activities. It also has two hotels, Tara and Sitara for the guests to stay in. Some of the major attractions of the spectacular film city are Sun Fountain, Japanese Garden, Angel's Fountain, Jail, Princess Street, Eureka, Airport, Railway Station, Temple, Gardens, Ramoji Tower and Film World.

There is also a south Indian village, a north Indian village, sky scrapers, slums, Ajanta and Ellora caves, a bazaar, a multi-purpose building, a pool and artificial waterfalls etc. Ramoji Tower offers a fabulous aerial view of the film city. It also gives a one-of-its-kind experience of 4D virtual reality.