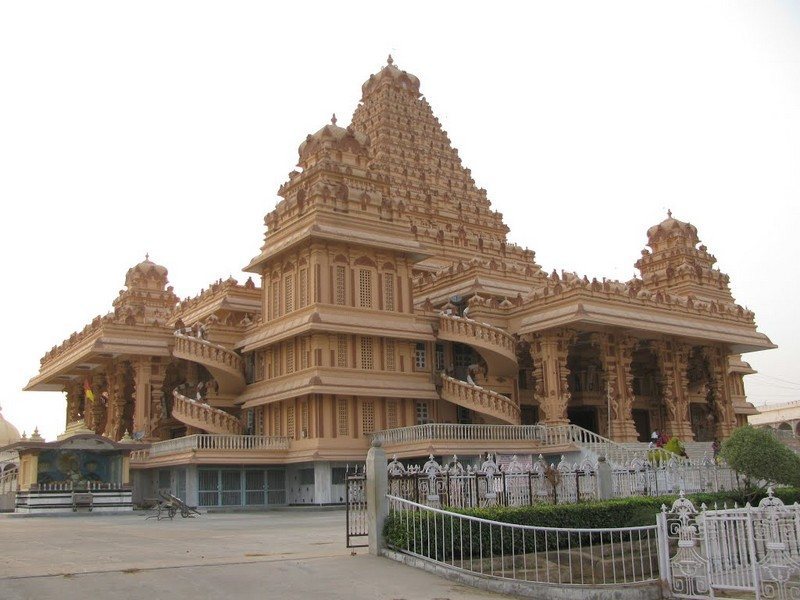 Travel Tips: This place is visited along with Qutub Minar (4 km)

At a distance of 4 km from Qutub Minar and 19 Km from New Delhi Railway Station, Sri Aadya Katyayani Shakti Peeth Mandir, popularly known as Chhatarpur Temple is located Chhatarpur near Mehrauli - Gurgaon road. This is one of the largest temple complexes in India and also among the most popular Delhi places to visit.

The main deity of the temple is Goddess Katyayani, an incarnation of Goddess Durga. Riding a lion and holding the glorious Chandrahasa (sword) in her hand, Goddess Katyayani is associated with the fierce form of Shakti and is one of the more widely revered and worshipped forms of Goddess Durga. The temple was established in 1974, by Baba Sant Nagpal ji. His samadhi shrine lies in the premises of the Shiv-Gauri Nageshwar Mandir within the temple complex.

The architecture of the temple is a blend of Nagara and Dravidian styles. The complex built entirely with marble is spread over an area of approximately 70 acres with beautiful lawns and gardens. The main shrine of Chhatarpur Mandir is built in Dravidian style.

The temple is thronged by devotees and tourists in large numbers during the Navaratri and Durga Puja. It is believed that tying a thread around a tree located inside the temple premises, will grant the desired wishes of the devotees.