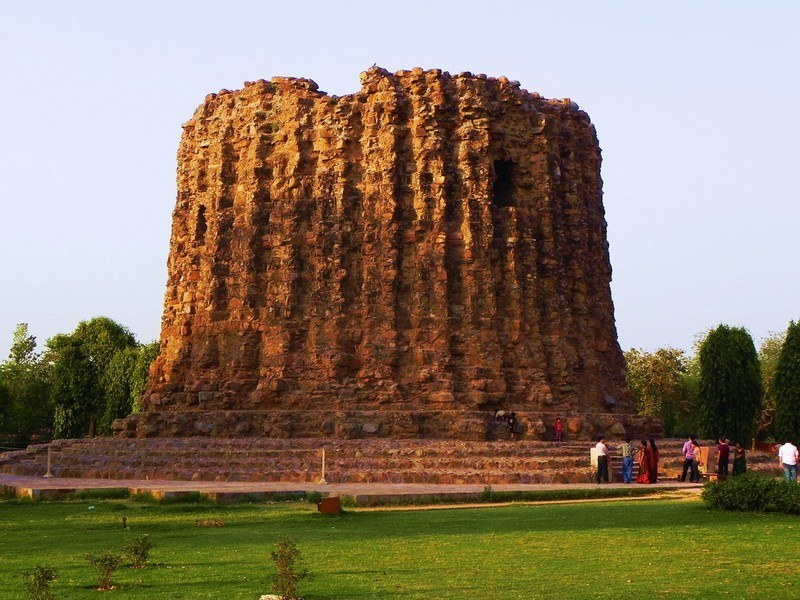 At a distance of 15 km from New Delhi Railway Station, Alai Minar is an incomplete monument stands just north of Qutub Minar in the Qutub Complex.

The Alai Minar is a massive structure which was started by Aladdin Khilji in 1311 AD. Sultan Aladdin Khilji, an over ambitious Sultan of the Khilji dynasty, wanted to build a structure that would be double the height of Qutub Minar to commemorate his victory over one of his Deccan campaigns. He also executed the plan and increased the size of the enclosures of the Quwwat-Ul-Islam Masjid by four times its original size to provide a ceremonial entrance gateway on either sides of the mosque. He wanted the Alai Minar to match up with the size of the increased height of the mosque and also wanted a second tower of victory under his name and hence the Alai Minar was initiated.

The construction was completed up to the first storey but unfortunately, the construction was abandoned after the death of Sultan Ala-ud-din Khalji in 1316 AD and the subsequent successors could not continue the further construction as they were defeated and the Delhi Sultanate was taken over by the Tughlaq dynasty.