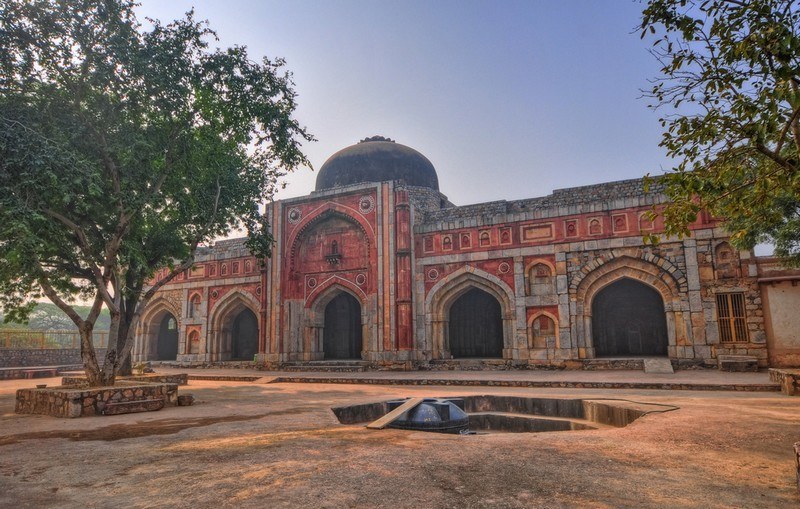 Travel Tips: This place is visited along with Qutub Minar (2 km)

At a distance of 17 km from New Delhi Railway Station, Mehrauli Archaeological Park is an archaeological area located close to Qutub Complex in Delhi. It is one of the popular historical sites in Delhi.

Spread over 200 acres in Mehrauli, Mehrauli Archaeological Park consists of more than 100 monuments with great historical significance. It is the only area in Delhi known for 1,000 years of continuous inhabitation and includes the ruins of Lal Kot built by Tomar Rajputs in 1060 AD. Thus it is the oldest fort of Delhi and comprises some historical structures like Tomb of Balban, Quli Khan's tomb, Jamali Kamali Mosque and Tomb, Rajon Ki Baoli and others.

Balban's Tomb is situated at the entrance which is one of the finest examples of the simple Indo-Islamic architecture. The Tomb of Ghiyas-ud din Balban was constructed in 1287 AD. Balban was the ruler of Delhi Sultanate from 1266 to 1287. It is believed to be the first building with arches built in India. This tomb is said to have been discovered in the middle of 20th century. Rubble masonry was utilized in creating this monument.

Jamali Kamali Mosque and Tomb is the most impressive structure in the park. It comprises two monuments adjacent to each other; one is the mosque and the other is the tomb of two persons with the names Jamali and Kamali. Shaikh Jamali Kamboh or Jalal Khan was a great saint and poet during the reign of Lodi & Mughal rule. The mosque and the tomb were constructed in 1528-1529 and Jamali was buried in the tomb after his death in 1535.

The mosque is believed to be first pioneering work of Mughal architecture in India. The mosque is constructed in red sandstone and is housed in an enclosed garden. The prayer hall has five arches, but only the central arch is topped with a dome. All the arches are also beautifully adorned. The walls and niche of the mosque are inscribed with verses of the Koran. Adjacent to the mosque is the tomb, which is a flat structure adorned with red and blue paint and inscriptions from the Koran and verses from Jamali's poems.

Quli Khan's Tomb is a significant historical monument in the park. Mohammed Quli Khan was the brother of Adham Khan. It was constructed in the early seventeenth century. The tomb was converted into a country house called Dilkusha by British Resident Thomas Metcalfe in the 1830s. Metcalfe built a landscaped garden around the house, along with several follies nearby, which command a spectacular of the Qutub Minar and the park.