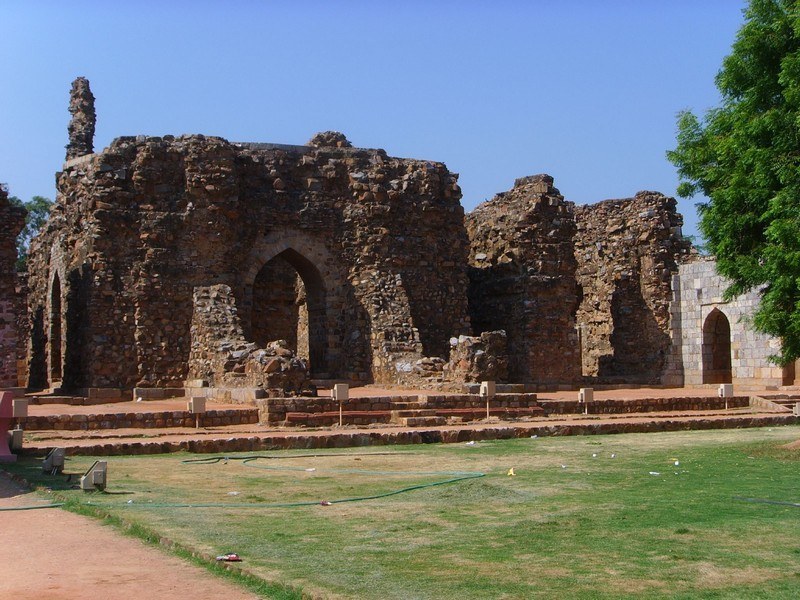 At a distance of 15 km from New Delhi Railway Station, Alauddin Khilji Tomb and Madrasa are situated in the Qutub Complex. It was the first structure in India with a tomb standing alongside a Madrasa.

Ala-ud-din's Madrasa is located to the south-west of the Quwwat-ul-Islam Mosque. It was established by Ala-ud-din Khilji, as a college for education on Islamic scriptures and theology. It consists of rooms and halls built around a quadrangular court. Screened walls were originally present on the eastern and western sides of the quadrangular court. On the western side, a group of seven small, cell-like structures are present, which are believed to have served as residents of the teachers and staff. The entry on the north side consists of an elaborately carved doorway.

The central room of the Madrasa, which has Aladdin tomb, has now lost its dome, though many rooms of the structure are intact. Alauddin Khilji was the second Sultan of Delhi from Khilji dynasty, who ruled from 1296 to 1316 AD. It is believed that Ala-ud-din's body was brought to the complex from Siri and buried in front of the mosque, which formed part of the madrasa adjoining the tomb.

The tomb is a simple brick structure with no decorative marble or intricate carvings. There were two small chambers connected to the tomb by passages on either side. The tomb is in a very dilapidated condition. Firoz Shah Tughluq undertook repairs of the tomb complex.