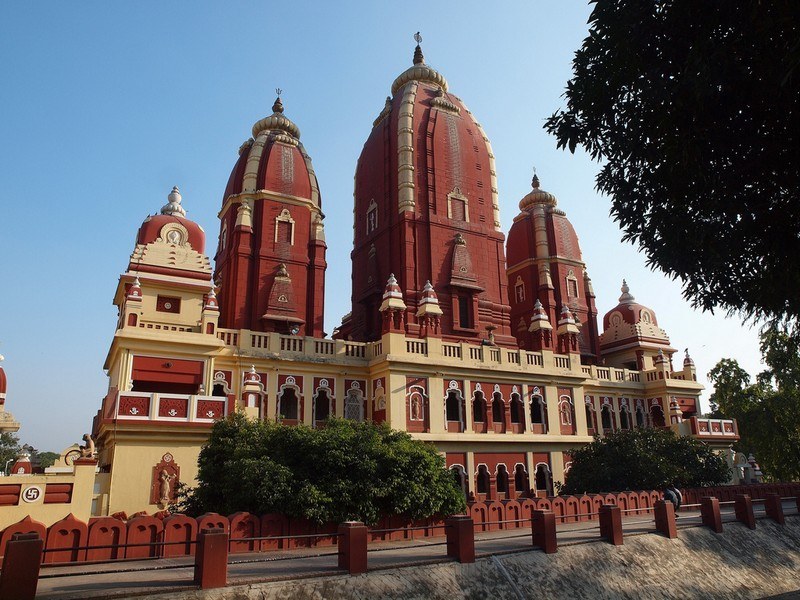 At a distance of 4 km from New Delhi Railway Station and 2.5 Km from Jantar Mantar, Lakshmi Narayan Temple also known as the Birla Mandir is situated at Mandir Marg near Connaught Place in New Delhi. It is one of the first temples built by the Birlas in India and one of the major Delhi tourist attractions.

This temple was built by the famous industrialist and philanthropist, Baldeo Das Birla and his son Jugal Kishore Birla of Birla family. The construction of temple was started in 1933 and completed in 1939. The foundation stone of temple was laid by Maharaja Udaybhanu Singh. The temple was built under guidance of Pandit Vishwanath Shastri and the architect was Sri Chandra Chatterjee. Birla Mandir was inaugurated by Mahatma Gandhi in 1939. At that time, Mahatma Gandhi kept a condition that the temple should allow people from all the castes.

The temple is dedicated to Lord Vishnu and Goddess Lakshmi. The three storeyed temple was built in the Nagara style of Hindu temple architecture. The temple spread over 7.5 acres and is adorned with many other shrines, fountains and a large garden. The entire temple is adorned with carvings depicting the scenes from Hindu mythology. The vimana above the sanctum sanctorum reaches a height of 165 feet while the ancillary towers reaches 116 feet. The temple faces towards east and is situated on a high plinth. The marble used for the temple construction was brought from Jaipur. Stone from Makarana, Agra and Jaisalmer were used in the construction of the temple premises.

The temple is one of the major attractions of Delhi and attracts thousands of devotees on the Hindu festivals of Janmashtami and Holi. Other important festivals celebrated in this temple are Diwali and Rama Navami.