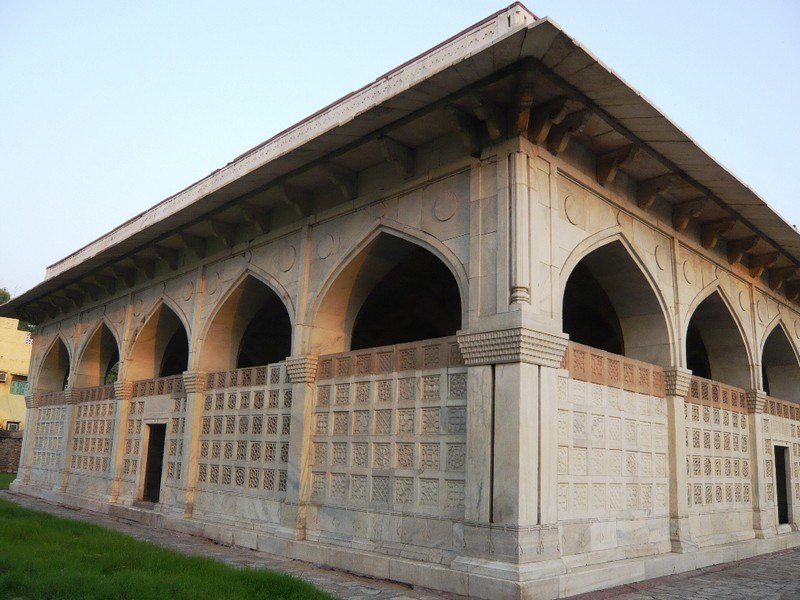 Chausath Khamba, also known as Chaunsath Khamba is an ancient tomb which was constructed by Mirza Aziz Koka, the son of Atgah Khan, during the period from 1623 to 1624. It was built as a mausoleum for himself, at the time of Mughal Emperor Jahangir. Mirza Aziz Koka had served several times as Jahangir's Governor of Gujarat before he died in Gujarat. The name Chausath Khamba means 64 pillars in Urdu and Hindi.

Chausath Khamba was originally a hall, which was built in the Mughal architectural style. The hall was later converted into a tomb. It is a square structure constructed entirely of white marble. This tomb consists of 64 columns that support 25 bays. Each bay is supported by a reversed dome. The monument features flat roof and walls with arches that are held by square pilasters.

According to inscriptions, the structure houses the tomb of Mirza Aziz Koka. The tomb of his father, Atgah Khan, the Prime Minister of Akbar, is also in the vicinity. In addition, there are several other unidentified tombs inside the monument.

Urs Mahal, located in front of the Chausath Khamba, is an assembly hall where Khawwali programs are held on festival days and during Urs of Sufi saint Nizamuddin Auliya. The Ghalib tomb is located adjoining this structure on the northern side.