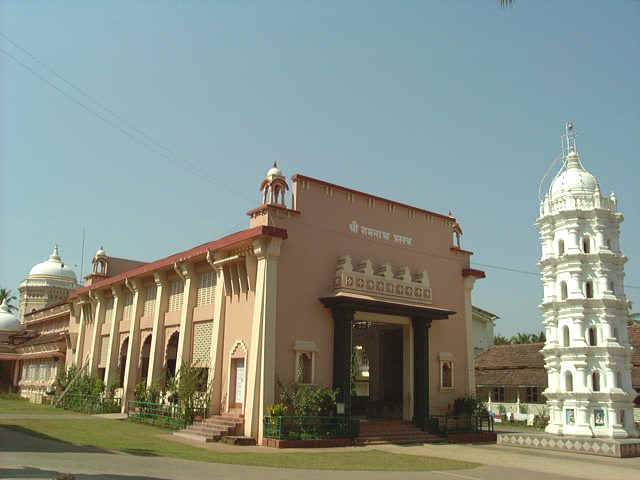 At a distance of 28 km from Panjim Kadamba Bus Stand, 35 km from Vasco Da Gama Railway Station and 21 km from Margao Railway Station, Shri Ramnathi Temple is situated in North Goa.
The Ramnathi Temple also known as the Shanteri Kamakshi Temple is located in Ramnathim, Bandode close to the Shantadurga Temple, Kavlem. This temple belongs to the Saraswat Brahmins. This temple is dedicated to Lord Ramnath an incarnation of Lord Siva.

According to the history the original Ramnathi temple was located in Loutolim in Salcete Taluka. The Idol of Ramnathi was shifted to the present site in 1566 to prevent its destruction by the Portuguese troops. It was renovated again in 1905.
According to mythology Rameshwar is the original abode of Lord Ramnath. The courtyard of the temple has a five storied Deepstambha or Lamp Pillar adorned with images of Hindu gods and Goddesses on its base. After entering the main door of the temple, one enters the ''Sabha Mantap'' or the hall of worship. This structure was renovated in 1951. The main inner shrine has an idol of Shree Ramnathi has four smaller shrines of Shree Laxminarayan, Shree Shantadurga, Shree Betal and Shree Sidhnath. The five together constitute the Shree Ramnath Panchayatan.

The annual Jatra of Ramnathi temple is celebrated with full fervor and devotion with the traditional palanquin parading around the temple carrying the idol of the deity. Navaratras is also celebrated grandly.